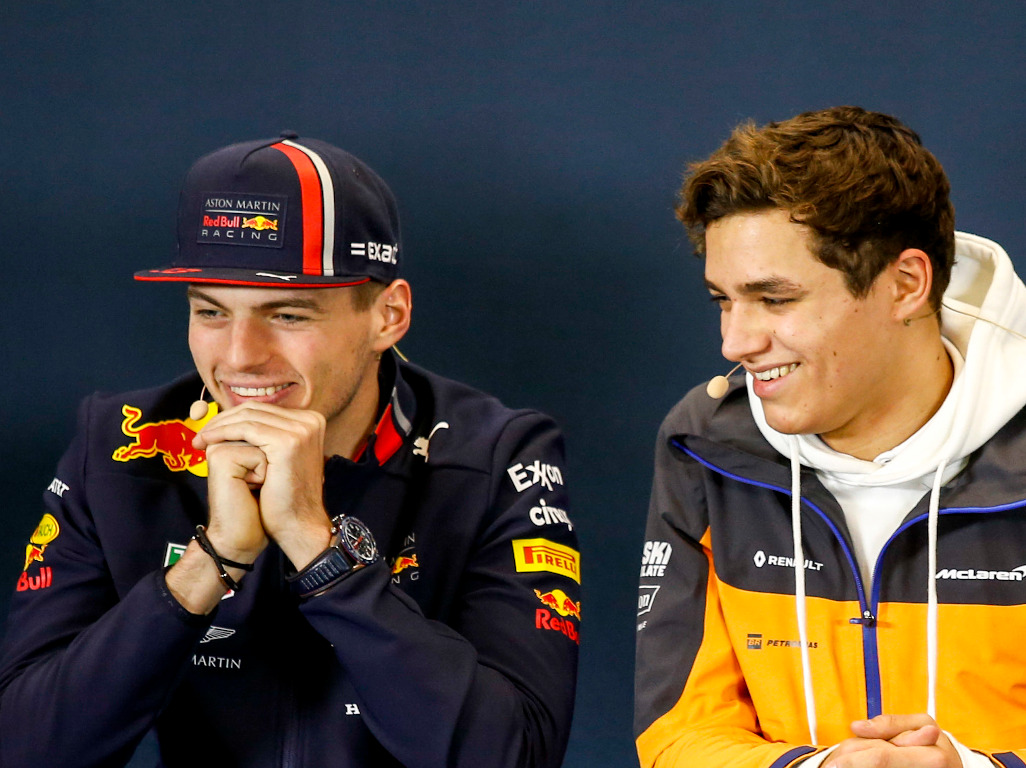 Lando Norris dipped his toes into the IndyCar world on Saturday only to be taken out, most would say deliberately, by Simon Pagenaud.

The crash may have taken place online, in a world where it doesn’t count for much, if anything, but it has riled up Formula 1 fans.

Racing in IndyCar iRacing Challenge race at Indianapolis, Norris passed Graham Rahal to lead the race before coming up behind Pagenaud, who he was set to lap.

The Frenchman told his Penske race engineer Ben Bretzman: “We take Lando out, let’s do it!”

Moments later he lifted on the racing line, catching out Norris and sending the Formula 1 driver crashing out of the race.

Pagenaud’s antics haven’t gone down well with many in the racing world including F1’s Max Verstappen.

The Red Bull driver said: “That’s stupid, on Twitch to say that, like ‘OK let’s go and take him out’.

Verstappen also has a solution to how to deal with incidents such as this one.

“You know what would be nice some times? Instead of like having to deal with stewards, they should just add a boxing ring in the paddock and then fight it out!” he said.

“Lando that was yours buddie,” he tweeted. “I am sorry IndyCar has been seen in a bad light.