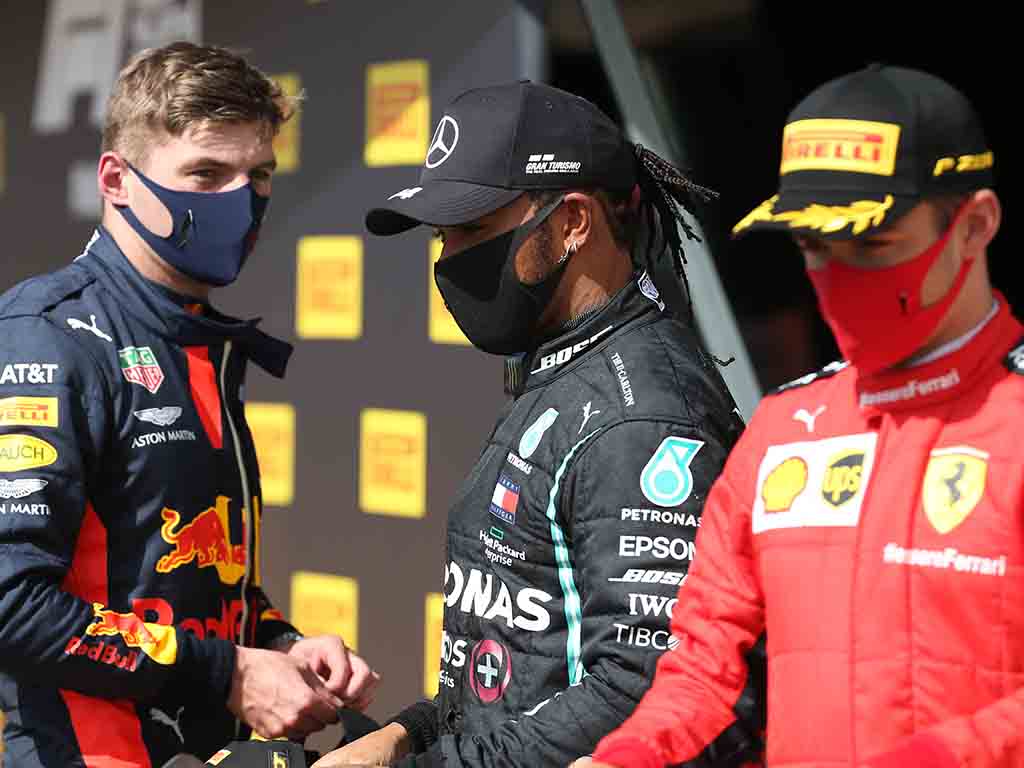 Red Bull boss Christian Horner says the team had tyre concerns of their own when deciding to pit Max Verstappen late into the British Grand Prix.

It is easy to pick out in hindsight but Verstappen may well have won the British Grand Prix had Red Bull decided to keep their star driver out on track in the closing stages.

That was because both Mercedes drivers suffered punctures which forced Lewis Hamilton to crawl over the winning line and Valtteri Bottas fall from P2 to P11.

Verstappen tried his best to close down Hamilton’s wounded W11 but had to settle for P2 after opting to pit just before the chaos ensued.

But Horner said Verstappen’s tyre were also in a really bad way and there was “no guarantee” that the Dutchman would have not suffered the same fate as both Mercedes drivers.

“We had vibrations, we saw Bottas’s puncture, we could see we’d got a big groove on our tyre, so we elected to pit and put the soft on, try to bag the point for the fastest lap as well,” Horner said via Sky Sports F1.

“The tyre that’s come off Max’s car has actually got a deep groove and quite a lot of lacerations on it as well, so there’s no guarantee that he would’ve got to the end of the race, and then it would’ve been a completely different story again.

“Lewis rode his luck and they had a great car today and he managed to get it home. Second place is still a very good result for us.

“I think they [Mercedes] managed to get themselves sufficiently up the road and then they were controlling the pace,” Horner said.

“We can see that because the front tyre was a bit of a concern here, they were taking it easy in Turn 1, Turn 2 , Turn 9, more so than we were.

“So we were surprised to see them get into the issue that they had. We were already thinking about a stop 10 laps towards the end.”

Verstappen, like Horner, was still happy to take P2 amidst all the late tyre chaos with the Mercedes pair.

“I mean, it’s lucky and unlucky, you know,” Verstappen said.

“They [Mercedes] were of course in the race too quick.

“And yeah, the tyres at one point they didn’t look great, with like 10 laps ago, so I was already on the radio [to say], ‘guys, you know, the right front doesn’t look very pretty.’

“Then of course Valtteri got a puncture. I came on to the radio like I’m gonna back it out. Then they boxed me to go for the fastest lap.

“And then of course, unfortunately Lewis got a puncture himself. But you know, I’m very happy with second. it’s a very good result for us again

“It was pretty lonely. I was just trying to manage my pace, trying to look after the tyres.”