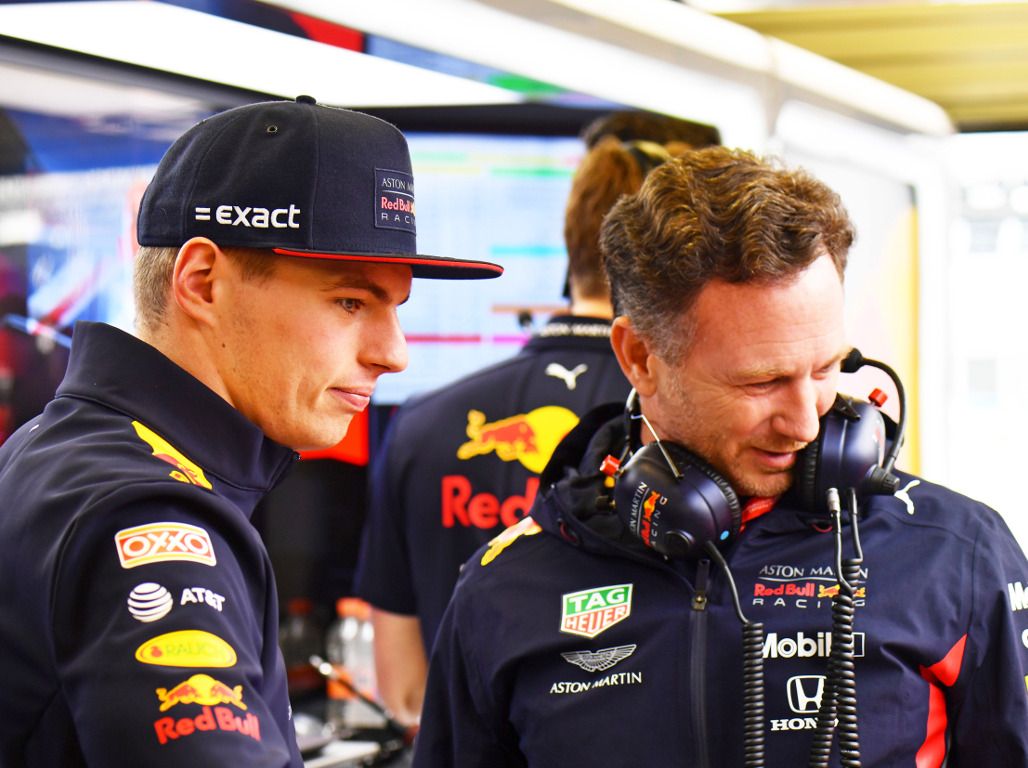 For the first time Red Bull put the RB16 through its paces, and so far both Max Verstappen and Christian Horner are impressed.

After finishing 2019 in strong form, Red Bull are targeting a title challenge this year. Verstappen will be their main man as he tries to capture his first World Championship and Red Bull’s first since 2013.

And after launching the RB16 on Wednesday before taking it for a spin around Silverstone, Verstappen told us how much he was looking forward to the new season – and his hopes for it are high.

“It has been quite a while since I have been in an F1 car so it is always good to be back,” he said.

“It is good to have a little break but it starts itching again and you want to get back in it. I was really looking forward to this morning.

“Once you fire up it is like normal procedure again when you go out, but it is interesting to feel the new car, with a new engine again so luckily everything went very smoothly.

“The target for the whole team is that we want to fight for the Championships and do better than last year and be there from the first race onwards, and already that is where you have to start to perform and I think we are in a good way.

“The team is very motivated, worked very hard over the winter as well so I can’t wait to get started.”

Red Bull principal Horner believes the grid has moved closer together for 2020, so the prospect of a record 22 races, if the Chinese GP is successfully rescheduled of course, is actually “exciting”.

“It is fantastic to see the RB16 on track for the first time, in cold weather at Silverstone but it is the start of the new season,” said Horner.

“It is always exciting at the start of a new season for the car to hit the track for the first time. Of course today is a filming day but it gives us a limited amount of time to have a little look at the car for the driver to make sure he fits it properly and to iron out any niggles before arriving at the first test in Barcelona.

“I think the most exciting thing about the 2020 season is that it really does feel like the grid has been concertinering (getting closer), and should be getting closer and closer.

“So the prospect of 22 races is really exciting and it is going to be a long hard tough season but hopefully we can put a really strong challenge together this year.”