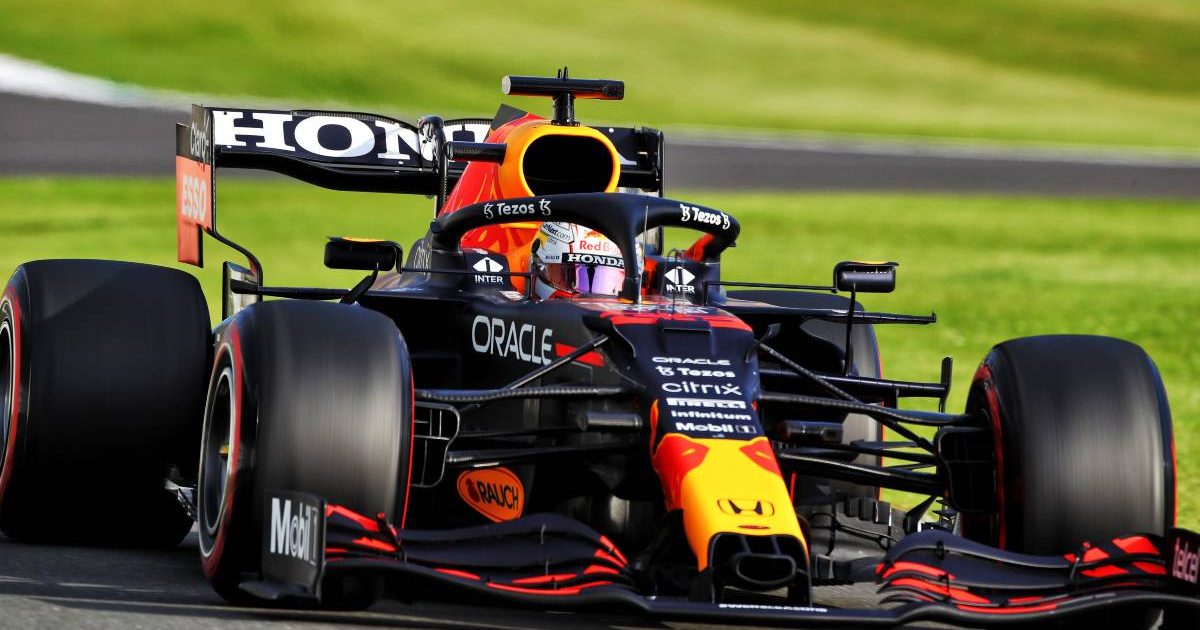 Max Verstappen is searching for answers to the lack of front grip which he suffered from during qualifying at Silverstone.

The Dutchman went into qualifying with the momentum after dominating the first and only Friday practice session under the trial format for the British GP, but it was title rival Lewis Hamilton who ended Q3 on top.

Mercedes boss Toto Wolff has predicted that Hamilton had another three-tenths to give without his “rallying” exploits, but Verstappen is not worried, expressing confidence for the sprint qualifying race tomorrow.

That being said, he was not happy with his “weird” feeling RB16B which held him back in qualifying.

“I think the car was quite competitive, I had a lot of grip, but the corners you had to attack I just didn’t have the front grip.

“But I didn’t really feel like it was front-wing or set-up related, so just a very odd feeling with the front tyres, it just didn’t seem to give me the grip.

“So we need to have a look at what’s happening there because we tried a few things, but it was not really improving my feeling throughout qualifying.

“And understeer in qualifying is slow, so still to be that close is very good for us on a track where we know that they [Mercedes] are very strong, so it’s nothing really worrying.

“Of course I’m disappointed, I wanted to start first, but nevertheless we have the sprint qualifying race and then the main race still to try and get them back.”

🗣 "I wanted to start first tomorrow but we have the sprint qualifying race to decide the main grid and then Sunday as well so we will try and get them back." @Max33Verstappen on #BritishGP Friday 🇬🇧 pic.twitter.com/GhjM84e0W9

Sergio Perez will start sprint qualifying from P5 in the other Red Bull, and although ideally he wanted P4, his focus now turns to making progress in the sprint race to secure a better grid slot for the British Grand Prix.

“I ran wide into Turn 15, so my lap time was deleted, bit of a shame but those are the rules,” he said.

“I found a very different balance at the end of Q3 unfortunately, and I couldn’t get the most out of it in that lap.

“P4 would have been a bit better, but given that we have the sprint race to make it up, still there is plenty to play for and it will be interesting to see what happens with the sprint race.

“I think if we are able to make some good progress then we should be in a strong position.”