Home News Max declares Outer Circuit ‘not the most exciting’ 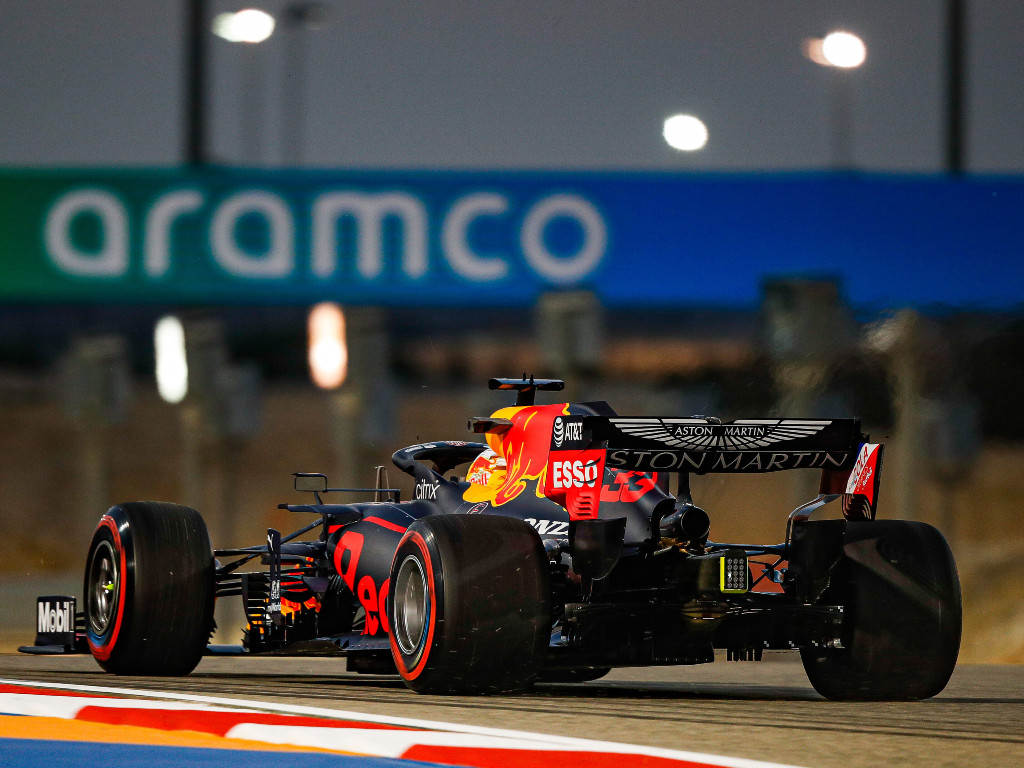 Max Verstappen wasn’t impressed with Bahrain’s Outer Circuit at the conclusion of free practice ahead of the Sakhir Grand Prix.

Following the Bahrain Grand Prix last race weekend Formula 1 remains at the Bahrain International Circuit for the Sakhir GP, but this event is being held around the shorter and faster Outer Circuit.

Verstappen was able to finish P2 in both Friday sessions, but he is yet to warm to the layout.

“It’s not the most exciting to drive to be honest,” he told Sky F1.

“Because of the small track the radio is constantly open. It’s like be careful here traffic there, it’s not really what you want.

“And also especially in the second sector it’s quite blind, there are a lot of corners so it’s quite dangerous around there.

“Slow down because we have to cool the tyres to be able to do another lap, so it’s not the nicest, not the easiest to drive but it is what is is.”

Mercedes’ George Russell topped both session though Verstappen did narrow the deficit to 0.128s at the conclusion of FP2.

That being said, he still thinks Red Bull have work to do to get the RB16 into the window.

“Quite tricky, I think balance wise we still didn’t find the optimum setup, especially short runs seems like we are still lacking a bit,” he said.

“Long run didn’t seem too bad, but even there I think we can do better.”

Verstappen also pointed out the fact that Valtteri Bottas’ best time of FP2 was deleted for exceeding track limits at Turn 8, a lap which was “three-and-a-half tenths” faster than his best effort.

“Valtteri’s lap got cancelled, which we were three-and-a-half tenths off, so it’s quite a bit,” he said.

“And we still need to find [pace] especially working toward quali, and then again in the race I think we also need to improve a bit more to be competitive.”

A touted benefit of the Outer Circuit is that cars are expected to be able to follow easier, in theory meaning there should be more overtaking.

But Verstappen wasn’t buying it.

“I tried to follow, some slower cars of course they are easier to pass but when you start to follow cars which are within three tenths of your pace it’s again very tricky to get by,” he explained.

“So I don’t think it’s particularly great to follow.”

Verstappen may not have liked the Outer Circuit, but team-mate Alex Albon was loving it.

“I’m enjoying this new track as it’s very unique and some parts are quite challenging which makes it fun to get on top of,” he told the Red Bull website.

“It was interesting out there today and there will be a lot to look at tonight in terms of what went well and what didn’t. It felt as though we had more grip in the first session than compared with FP2 so we’ll also have to look at that but overall the race pace looked pretty good which is positive but it’s still early days.

“Finding a gap in qualifying tomorrow isn’t going to be easy and because you have to drive so slowly to cool these tyres down the closing speeds are huge, so we’ll have to be on our toes and I expect our engineers are going to be busy.

“As drivers we all have respect for each other in terms of getting out of the way but at the same time we all want our tyres to be in the best possible window for our own laps so I’m sure it will be a talking point in the drivers briefing later this evening.”