Home News Max happy with P2, but ‘as a racer’ wants wins 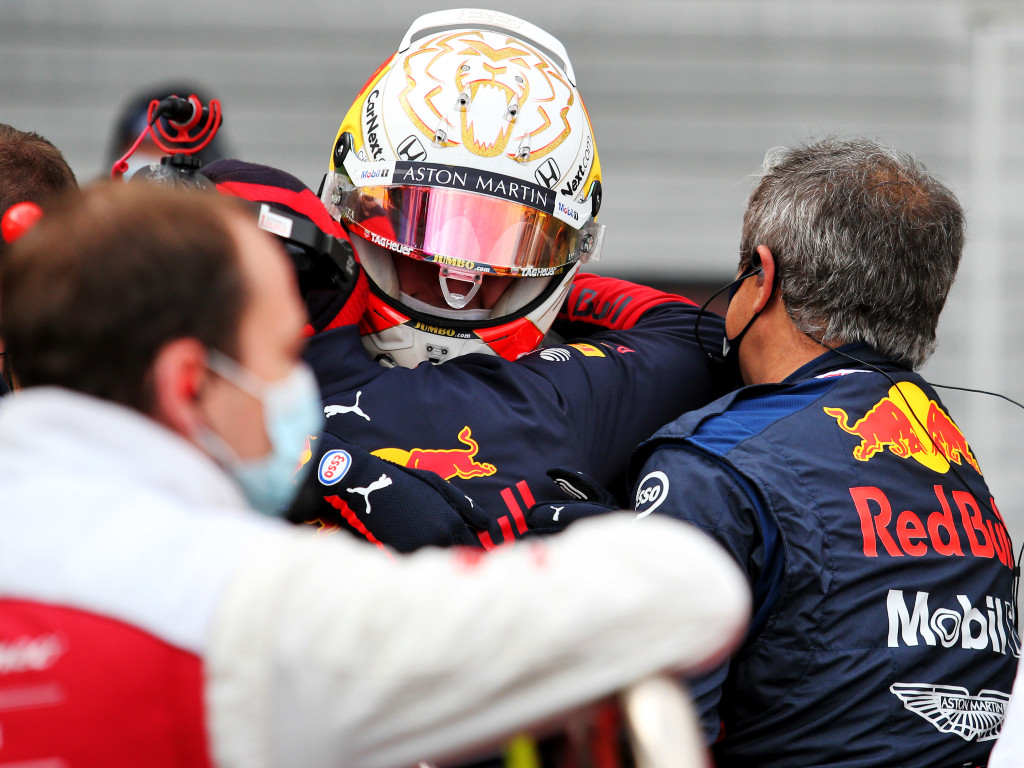 Max Verstappen was satisfied with P2 at the Eifel Grand Prix, but said the racer in him wants to be picking up wins.

Mercedes continued their dominance of qualifying with a front-row lockout at the Nurburgring, but Verstappen was right there, qualifying P3 less than three tenths down on Lewis Hamilton.

And with the other Mercedes of Valtteri Bottas retiring during the Eifel Grand Prix and a late Safety Car, the stage was set for Verstappen to fight it out with Hamilton for the race win.

But that never materialised with Hamilton controlling the race after Bottas’ retirement to take the 91st win of his career, equalling Michael Schumacher’s record, while Verstappen settled for a respectable P2.

He did though pick up a bonus point by recording the fastest lap of the race.

“Overall I think the race was good, I just tried to stay with Lewis but over the whole race he was just a little bit faster,” he told Sky F1.

“Nonetheless I think we can be happy with the weekend, I think we improved the car a little bit.

“Yeah, happy with that, fastest lap at the end was enjoyable. I didn’t think I would get it, I was just trying to go flat out and see what would happen, and luckily it worked out.”

But for the driver who is widely tipped as the star to take over from Hamilton, it was a fifth P2 of the season.

And while Verstappen has said previously and maintains that he is happy with what he is achieving, he admitted that the racer within wants to be winning races.

“But that’s Formula 1, there’s normally only one team where you can win, and the others are always catching up and that’s what we are trying to do.

“You just have to adjust in the role you are, so I’m happy with what I am achieving, but as a racer you want to win, so that is of course what we are targeting.”

Verstappen closed the gap on Bottas in the Drivers’ Championship to 14 points, bringing him back into the fight for P2 in the Championship.

However, Hamilton at the top of the standings is now 83 points clear of Verstappen.