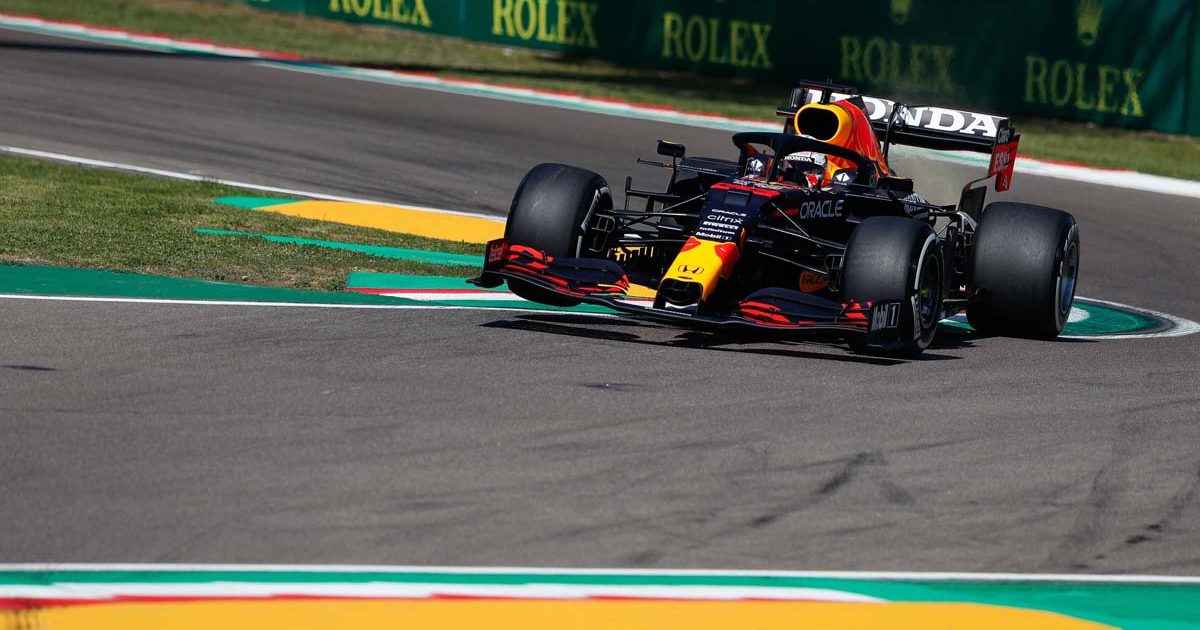 Max Verstappen saw his second free practice session at Imola end prematurely, after a suspected gearbox issue left him with no drive only 10 minutes into the session – leaving him powerless to fix the issue on his own.

The Red Bull driver ran across the kerb at Rivazza – the final corner – to head onto the start-finish straight and, as he did so, his Honda gearbox slipped out of gear and he was forced to pull over at the pit exit, saying over team radio that “something snapped on the rear” on his car.

Max Verstappen is out of FP2 with a mechanical issue 🛠

Watch what happened to the Dutchman ⤵️

Given the old-school nature of the Imola circuit and where Verstappen stopped on track, it meant a painfully long wait for the Red Bull mechanics to get their hands on the RB16B.

The marshals were able to get his car wheeled back to the garage, however, but the Red Bull mechanics were unable to fix the issue in time for the Dutchman to get back out on track in time before the session ended prematurely, after Charles Leclerc crashed with three minutes left on the clock.

This latest incident comes after Sergio Perez made contact with Esteban Ocon in FP1 on Friday morning, meaning both Red Bull cars have had a disrupted start to their race weekends at Imola as they look to take the fight to Mercedes again.

Neither Perez or Ocon were punished for the FP1 crash, with team radio issues playing a significant role in the accident on a Friday morning riddled by technical gremlins for teams up and down the grid, as well as issues for the media broadcasting the session.

After the second Friday practice session, Horner confirmed the issue for Verstappen was related to the driveshaft.

“It looks like the driveshaft has given way unfortunately,” Horner told Sky F1.

“We’re just trying to understand exactly what has caused that one. Then the car went on a trip around Imola town after it was collected and brought back to us. That didn’t allow us enough time to get it repaired.

“But we’ll be inspecting all the parts ahead of tomorrow.”

Verstappen was on the pace from the get-go in FP1, however, with his Red Bull and both Mercedes cars of Lewis Hamilton and Valtteri Bottas separated by only half a tenth of a second at Imola.