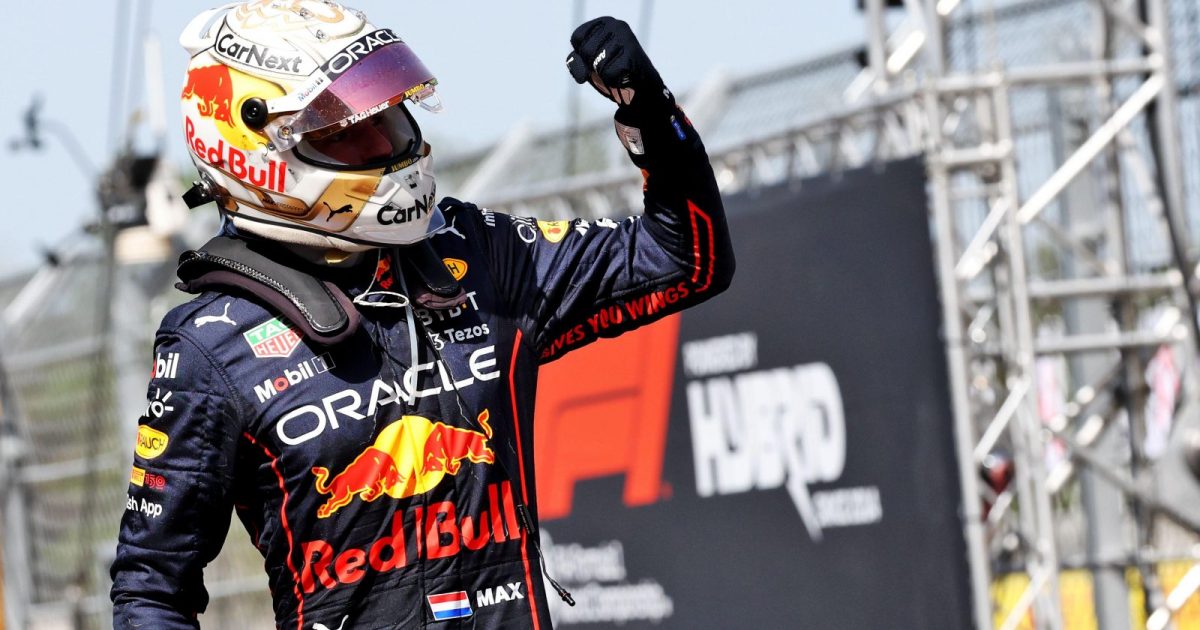 Max Verstappen described the DRS issue which almost cost him the race as “very frustrating” but was pleased with the team’s recovery.

The Dutchman made it three wins in as many races after he took victory in the Spanish Grand Prix, thanks in no small part to Charles Leclerc’s retirement, who had been leading comfortably up until that point.

Verstappen had problems of his own though, with the DRS issue that had prevented him for going for the fastest lap in qualifying once again reared its head.

As he battled to overtake George Russell, Verstappen found the DRS on his rear wing would open only intermittently and the 24-year-old cut a frustrated figure over team radio, when he was given many possible solutions to the problem all without success.

He was eventually able to overtake Russell on his way to the win and after the race, but the reigning World Champion spoke of the difficulties he faced throughout.

“The first 30 laps for me were very frustrating because I really don’t know what happened in Turn 4,” Verstappen told Sky Sports F1. “I just brake at the same point and suddenly I just completely lost the rear and went off which really caught me by surprise.

“They told me there was a lot of tailwind suddenly because it was very gusty around the track the whole race and some laps you went in and everything’s stable, next lap suddenly it was all a bit more on the edge.

YEEEESSSSSSSS!! @Max33Verstappen wins the #SpanishGP and takes the lead of the World Championship!! 🏆🇪🇸 pic.twitter.com/DyHcr45nMR

“That caught me out, I went off, which is, of course, not great. But then, you know, nothing was really lost.

“But then of course, my DRS started having issues and it was very frustrating. 20 laps or something and sometimes it was opening like midway of the straight and then I could just have a run but yes.

“Because you get the activation you see the lights so then you press it and it was not opening I tried to get it but it was not opening so I was like spamming the button or like the paddle we have and sometimes it would open [then] close. So yeah, it was very frustrating.”

Verstappen also praised Russell for his defensive work and said he would have done the exact same had it been him in that situation.

“I was more sad I couldn’t get past them because of my DRS issue and then of course you know, he was defending for his position, which is fair enough.

“It was hard and tough, but I would have done the same probably if I would have been ahead so it was all good.”

Looking ahead to the next race in Monaco, where Verstappen lives, the Dutchman said the team had to be realistic about their chances at the famous circuit.

“We were off on one-lap pace and in the race the first stint before I went off the track, Charles is pulling away a little bit.

“Of course, we have the lead in the championship, but you see, you have to be super reliable, you cannot drop points. And yeah, we have to work on our performance a little bit more. But for now, I think this race was very positive for the team.”