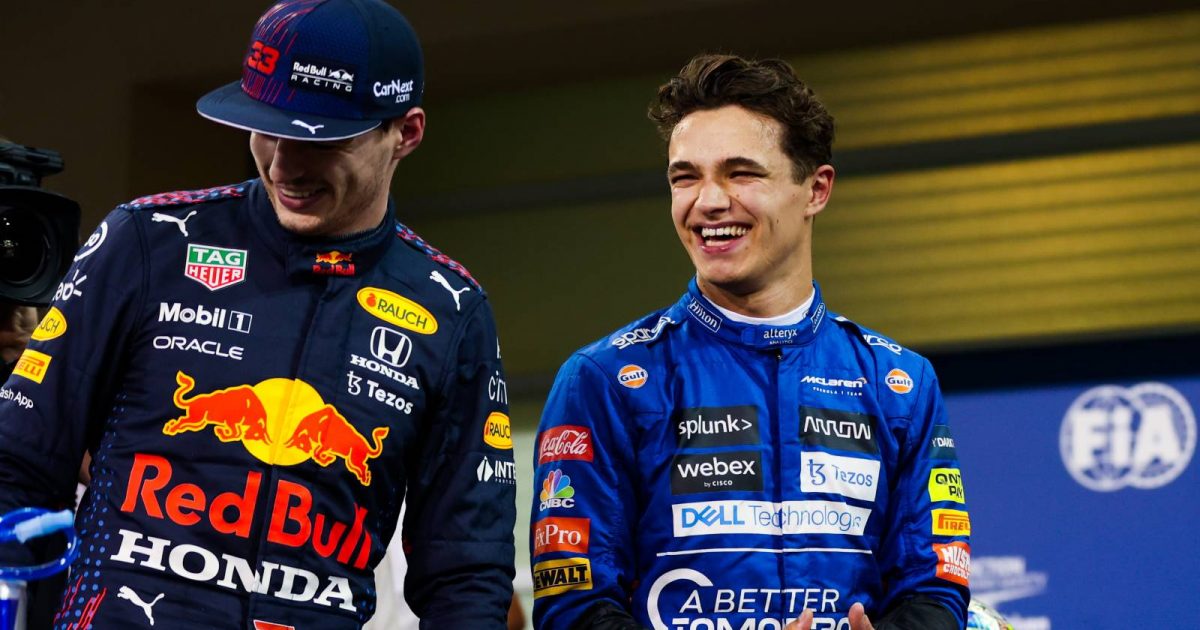 Max Verstappen sounded sarcastically surprised when Lando Norris told him of his P7 finish at the Saudi Arabian Grand Prix.

The 2022 Formula 1 season has started on very different notes for both drivers.

While Verstappen competed for the win at the Bahrain and Saudi Arabian rounds, achieving P1 in Saudi Arabia after another thrilling fight with Charles Leclerc, Norris has not had enough performance available from his McLaren to get close to such an achievement.

Brake issues left McLaren struggling at the season-opening Bahrain Grand Prix, both Norris and Daniel Ricciardo missing out on points, but the following weekend in Saudi Arabia was an improvement for Norris who finished P7.

Verstappen and Norris now both live in Monaco, so Norris was hopping aboard ‘Air Max’ for the flight home from Saudi Arabia.

It is fair to say both of them had a different reason to celebrate, although Verstappen took a moment to have a bit of fun with his mate Norris over that P7.

“I’m celebrating a P7 more than Max will celebrate a P1 at the minute,” said Norris on the F1 Nation podcast as Verstappen stopped by.

“You finished P7?” Verstappen responded with a tone of sarcastic surprise. “That’s actually a good result!”

“It’s like a win for me, right?” Norris returned, to which Verstappen said: “Yeah [laughs], sorry.”

The question now though was, just how does someone secure a place on ‘Air Max’?

“You have to pay money, like everyone,” Verstappen responded once more with sarcasm.

“DC [David Coulthard] is the birthday boy so he might get a discount.”

So it promised to be a good party then?

“No, we only have water on board anyway,” was Verstappen’s reply.

“We are really well behaved professionals…sometimes.”

Before the 2022 season got under way, Norris made the move from England to Monaco and is now looking forward to some downtime before jetting back off for the Australian Grand Prix.

“I’ve not actually been there that much at the minute,” said Norris when asked how he is finding life in Monaco.

“A lot of days just preparing for the season and we’ve been away for the last three weeks or so – a few downtime days, one day at McLaren and then off to Australia really on Saturday.”