Home News Max: Russell should focus on himself, not Red Bull 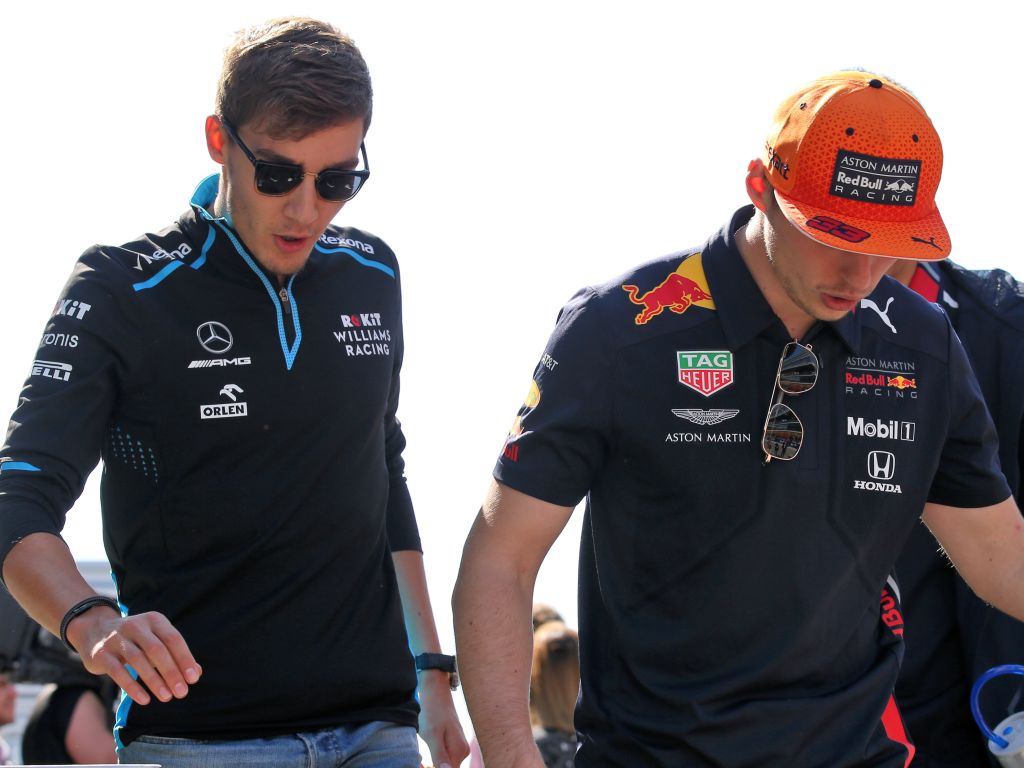 Max Verstappen has told Williams’ George Russell to worry about himself and not Red Bull after he criticised the team’s treatment of Alex Albon.

The pecking order is clear at Red Bull – Max Verstappen is the No.1 driver who the team back as their best chance of success, with Albon supporting the Dutchman.

But Albon publicly criticised the team after he was eliminated during Q2 at the Hungarian Grand Prix.

The Thai driver said the team had sent him out into traffic even though he had warned them not to, to which Red Bull quickly responded by cutting him off and saying it would be discussed afterwards.

Russell was less than impressed with the treatment of his friend, saying Red Bull had made him look like an “idiot”.

But Verstappen hasn’t taken kindly to those words, saying Russell has no idea what goes on at Red Bull and should mind his own business.

“I think first of all George doesn’t know anything about the team so I think it’s better he just focuses on his car and his performance instead of speaking for someone else,” he is quoted by Racefans.net.

We tried a lot, but P7 in qualifying is a very disappointing result and not what we want. Tomorrow during the race I will try to do the best I can to gain positions #KeepPushing 🇭🇺 #HungarianGP pic.twitter.com/xHvWqAxomb

Verstappen will start the race from P7, whilst Albon is going to line up P13.

But Verstappen hopes this will prove to be the “worst weekend” for Red Bull and that they can improve from there.

“But I hope this is going to be our worst weekend. We’ll hopefully learn a lot from this and rectify a bit of it in the upcoming races.

“We just don’t have good balance throughout the corner.

“Understeer, oversteer, lack of grip. Not having a lot of top speed as well so everything together just makes it slow.

“I don’t think it’s the set-up because then I would be blaming my engineer which I think is not the case.”

Russell produced the best qualifying performance of his career and will start the Hungarian Grand Prix from P12.

Race pace has been the problem for Williams in the first two races though, so Russell is hoping for some help from the sky.

“It’s definitely a good opportunity, but the last two weekends we haven’t managed to transform our quali pace into race pace,” he explained.

“The last two races we’ve been by far the slowest in the race, so with the cars I’ve got behind me it’s going to be a tough race.

“I’m just praying for rain, because we can be fast if it does pour down.”