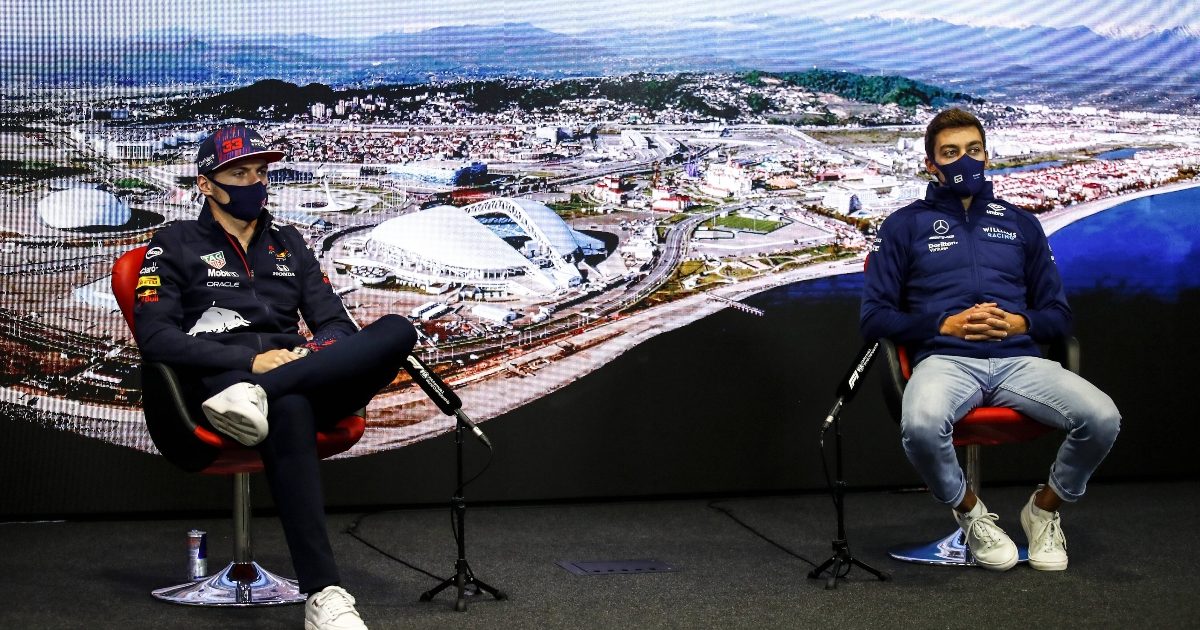 The future Mercedes driver has enjoyed an excellent run of form in recent times, scoring points in four of the last five races and qualifying inside the top three twice.

Prior to that, he had never scored points for Williams who had only managed to rack up one top 10 finish since the start of the 2019 campaign.

While he has praised the 23-year-old though, Verstappen also feels that the British team’s machinery isn’t as bad as some people believe.

“George for sure he’s a very, very good driver,” the Dutchman said as per Motorsport.com.

“But when you can do these kinds of things, it also shows that the car isn’t that bad as people think,”

“He’s scored points and had good qualifyings, and for sure, in Spa, that car is not a Red Bull or a Mercedes, but they also ran more wing and more downforce. So naturally, everything just starts to become a bit closer.

“Nevertheless, he still did an amazing job, but I think people have to understand that that car isn’t as bad as people think it is.”

A hectic end to a crazy weekend, but it's a point we'll take 🙌

Dave Robson, the Williams head of performance, doesn’t disagree with Verstappen’s comments, admitting that the car has played a big part in the improved results.

He also feels the team’s ability to make the right decisions, particularly in changing conditions, has been a big factor.

“If it was really bad, then we wouldn’t be able to get those results. We haven’t added any wing to the car. So that is our best dry car put forwards.

“I think what we do a good job of is getting on the right bit of the track at the right time, generally, with a bit of an exception in George’s case being Q1 [in Russia].

“We do seem to be able to find some good grip from those intermediate tyres in those conditions. And in this case, the slicks as well at the end there. But I think that was all about just getting onto them early enough.