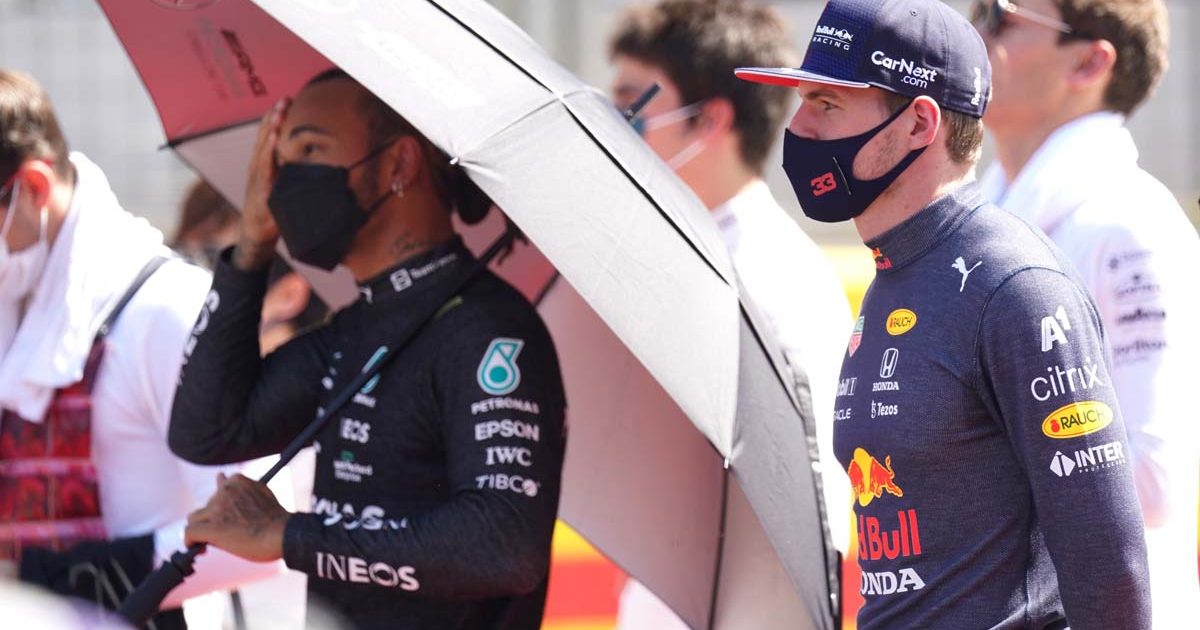 Red Bull have confirmed Max Verstappen has been taken to hospital after an enormous impact in his crash with Lewis Hamilton at Silverstone.

A force of 51G – around 10 times the peak force of a Formula 1 car’s steering capabilities – hit Verstappen after he and Hamilton collided at Copse on the first lap of the British Grand Prix.

Verstappen looked shaken and winded after the crash, and Red Bull have since announced the World Championship leader is undergoing further assessments.

A Red Bull team statement read: “Following a first-lap incident at Copse Corner between Max Verstappen and Lewis Hamilton at the British Grand Prix, we can confirm Max Verstappen walked away from his car and was immediately taken to the Silverstone Circuit Medical Centre.

“Following an assessment by the trackside doctors at Silverstone Circuit Medical Centre, Max Verstappen has been taken to a local hospital for further precautionary tests.”

The two World Championship rivals had been slugging it out through the first lap up to that point, but they came to blows as the Briton tried to move past on the inside of the fast right-hander at Silverstone.

Hamilton was left with a 10-second penalty as the Stewards felt he was to blame for the incident, but he managed to recover and take a brilliant victory, slashing the gap to Verstappen in the Drivers’ Championship to eight points.

Verstappen’s father Jos confirmed his son was left mostly unscathed from the incident, but he confirmed a CT scan will take place to ensure he is unharmed.

“It looks good. It was a big blow, of course,” Verstappen Snr told Dutch TV channel Ziggo Sport as he updated people on Max’s condition.

“He felt a bit light-headed. He is now going to the hospital for a CT scan. He was fine, a little pain in his shoulder and a little blue. [It] sucks of course.

“I have looked back at it with Max. He said ‘I gave him enough space, I was half in front. He hit me on the rear wheel with his front wheel, then you know you are wrong. If you get a 10-second penalty, I think it’s ridiculous. Especially in a bend like that, it’s unacceptable.’”