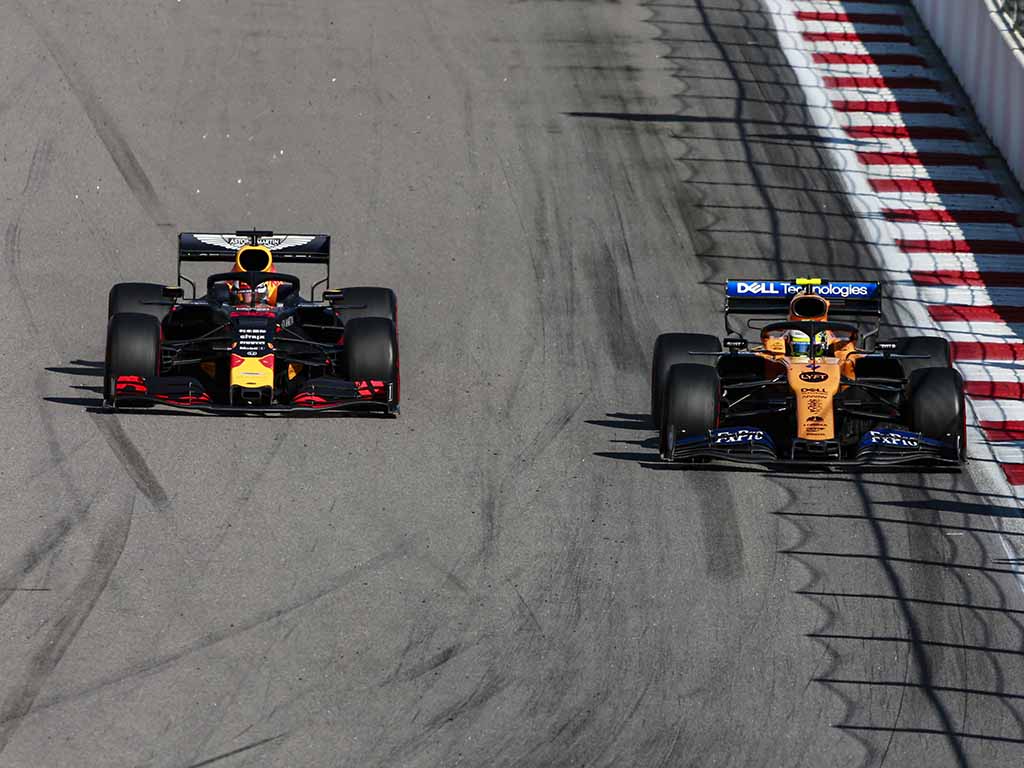 Another day, another virtual race where Lando Norris found himself at the centre of some chaos – this time involved in a race incident with Max Verstappen.

Norris has had quite an eventful last few days with Esports races. On Sunday, he took part in the Virtual Bahrain Grand Prix, a series set up by Formula 1 themselves, well, took part for some of it.

The McLaren driver suffered connection issues which forced him to miss qualifying and the start of the race, where an AI race christened ‘Landobot’ surged his way up the grid whilst Norris tried to rectify the issue.

He was able to join on lap 10 of 14, only to then be involved in a final-corner crash with Jimmy Broadbent, which saw Norris fall from P4 to P5 in the closing stages.

Fast forward to Monday and Norris was part of Team Redline’s ‘Real Racers Never Quit’ online series, recovering to P6 in the first race after a poor start off the line saw him bogged down in P12. Verstappen, meanwhile, emerged victorious.

That wasn’t the case in the second race, though, as Norris and Verstappen collided with each other.

Verstappen, having just taken the lead at the Spa circuit, touched the grass and it pitched him into a spin straight into Norris.

That allowed Kelvin van der Linde to sweep through for victory and probably left Norris wondering if he is going to be eternally cursed in online racing.