Home News Max, Hamilton wipe each other out of Italian GP 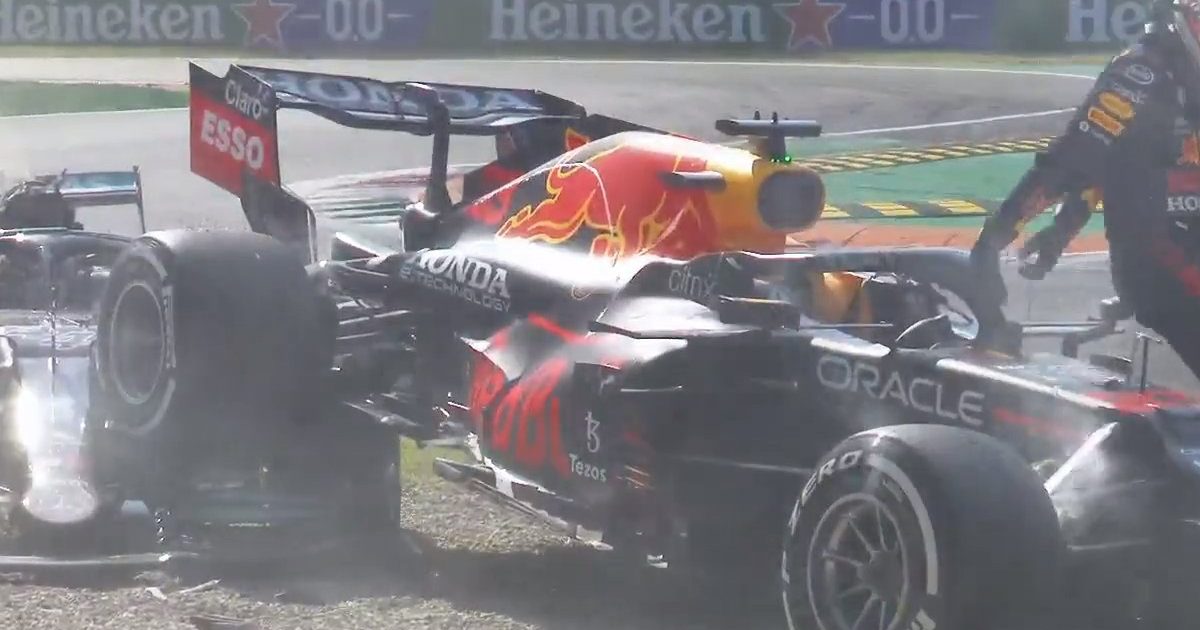 Max Verstappen and Lewis Hamilton have clashed again, eliminating each other from the Italian Grand Prix.

Verstappen started the race at Monza from pole position but lost the lead to Daniel Ricciardo on the run to Turn 1. Hamilton, meanwhile, briefly had a run at both Verstappen and Lando Norris, but ultimately had to settle for staying P4.

The race began to fall apart for Verstappen though with an extremely slow pit-stop, and once Hamilton then made the pass on Norris it meant it would be mighty close between the two title rivals once Hamilton made his stop.

As it turned out, it would be too close.

Emerging from the pits alongside Verstappen, the pair battled into the opening chicane, neither budging, and as Verstappen jolted over the sausage kerbs, he collected Hamilton and ended up partly on top of the Mercedes as the title rivals became beached in the gravel.

“That’s what you get when you don’t leave the space,” said Verstappen over the radio.

After returning to his garage, Verstappen was seen telling Red Bull’s driver programme boss Helmut Marko: “He doesn’t leave me any space.”

This is the second major collision between the pair this season following a controversial crash at Silverstone’s Copse corner which eliminated Verstappen from the British Grand Prix.

This time around though, both drivers will leave Monza with a DNF, which means their totals in the Drivers’ standings will remain the same.

It means Verstappen will take a five-point lead over Hamilton into the Russian Grand Prix.