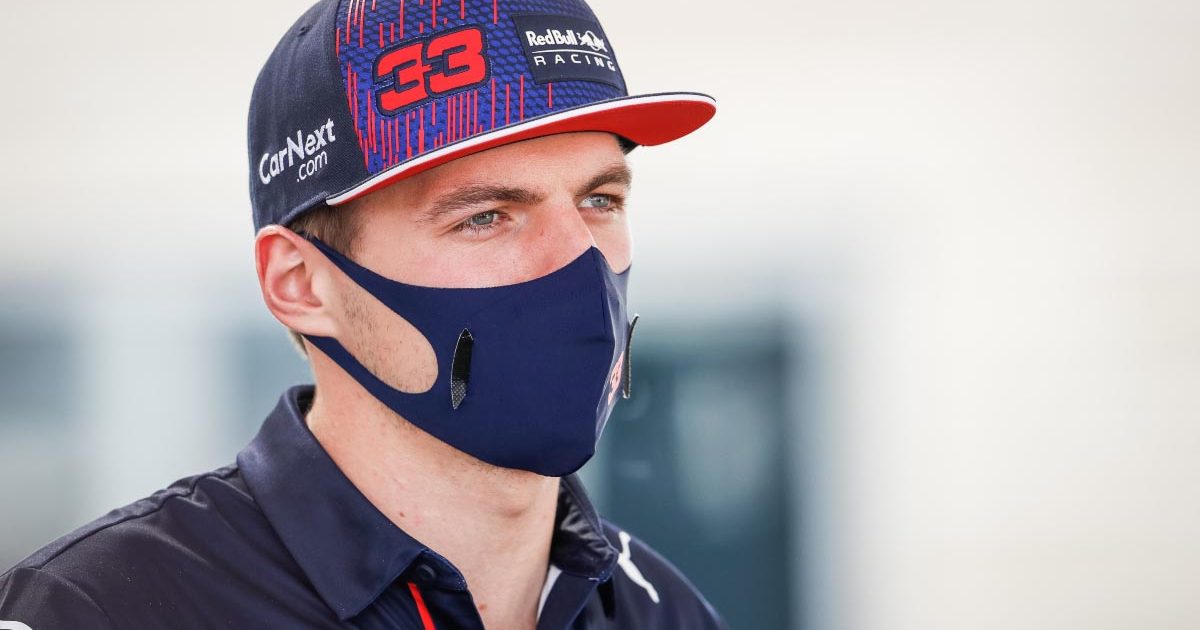 Max Verstappen has played down his close-call moment with title rival Lewis Hamilton in US Grand Prix practice, saying he did not know what happened.

The two World Championship contenders ran on the start/finish straight at the Circuit of The Americas side by side as they started fast laps, going towards Turn 1 in what looked like racing conditions.

The Red Bull driver eventually backed off, but gave Hamilton a one-finger salute and called him a “stupid idiot” over team radio, but he played down any conflict after the session had ended.

“I don’t know, we are all lining up to go for our laps so I don’t really understand what happened there,” he said about the moment.

Afterwards, Verstappen had issues with traffic again as he wound up for a qualifying simulation, and his frustration ended up with him coming back into the pits and aborting his one-lap attempt.

While he missed out on that part of practice, the Dutchman did not think his car had felt tricky to handle on his other one-lap runs.

“Just in FP2 on the soft tyre, I didn’t get the lap,” he said to Sky Sports F1. “Overall, it’s not easy out there, the track is quite bumpy, and to try and find the right compromise with the car hasn’t been the easiest so far.

“But there are a few positive things to look at and we’ll continue to work on that also overnight.

“It didn’t feel particularly bad on the short run, it was just a mess with the traffic.”

Neck and neck in the title battle, and in FP2 😲 #USGP 🇺🇸 #F1 pic.twitter.com/wXuBD6kecG

Verstappen’s Red Bull team-mate Sergio Perez ended up coming out on top in FP2 after Hamilton’s fastest time had been deleted for track limits, but the Milton Keynes-based team closed the gap to their title rivals after looking well off the pace in first practice.

With that, the Mexican was keen to emphasise Friday is not the day to focus on, but predicts another nip-and-tuck fight for pole position.

“It was a good day,” Perez said on Sky Sports. “Obviously it will be very tight. It’s all about tomorrow, trying to put it all together and trying to find those couple of tenths that will put us in the mix for pole tomorrow.

“It was a promising FP2, but there is a lot to be done to try to improve the car and I also feel there is so much to consider to improve our long-run pace.

“All in all, I think it’s a positive Friday but we’ll see tomorrow where we end up.

“I think it felt okay but I wasn’t very happy with my tyre deg. So I think there is room to improve there and try to find a bit more pace through there.”

The weather looks as though it could play more of a factor than expected, given the unseasonable warmth in Austin this weekend.

Track temperatures approached 40°C in second practice, making tyre management extremely difficult for the drivers on the long-run preparation, and Perez said the heat has been having an effect on how he handles the car.

“In the car it doesn’t feel that bad, but when you jump out you’re sweating out,” he said. “It’s very humid as well, my hands are slipping through the wheel a lot, so we’ll see what we are able to do.”