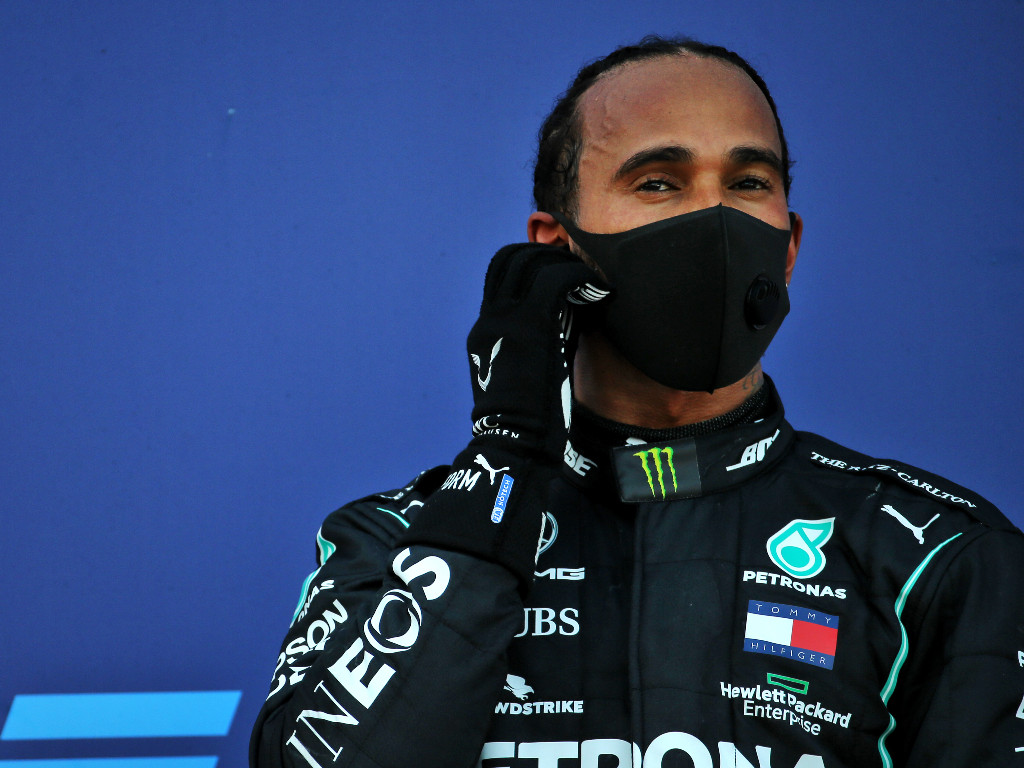 Max Verstappen sympathised with Lewis Hamilton over his triple punishment at the Russian Grand Prix.

Hamilton was involved in some pre-race drama after performing a practice start outside of the designated area and it resulted in two five-second time penalties which he served in the pit lane, dropping the Mercedes driver out of race winning contention as a consequence.

The two penalties were for separate practice start violations:

The stewards said: ‘The driver performed the practice start near the end, but directly in the pit exit. Art 36.1 requires drivers to use constant throttle and constant speed in the pit exit other than in the place designated for practice starts in the Event Notes item 19.1., which is defined as the place ”on the right hand side” after the pit exit lights (and is not part of the track as defined by lines) which has been known to all competitors and used without exception.’

On top of those penalties, two points were also added to Hamilton’s superlicence, though they were later removed by the FIA.

It would have meant that two more before the Turkish Grand Prix in November and Hamilton would have received a one-race ban.

But instead he now remains on eight, with Mercedes instead fined 25,000 Euros for the incident.

After the race Hamilton accused the Stewards’ of treating him unfairly, and Verstappen does think the penalty points were unwarranted.

“If you cause a crash it’s different right but I think the penalty Lewis got was already painful enough. I don’t know how many points you got but two points? Two points. I don’t know, it’s a bit harsh that he’s up to ten points.

“Maybe it was not correct where he stopped but penalty points for that, I am not sure that’s correct.”

Verstappen is keen for the FIA and the drivers to discuss the issue in the next briefing.

“Like I said before if it’s a crash or whatever you caused I can understand they want to hand penalty points to calm you down or whatever but with things like this, I think Lewis didn’t do anything on purpose to create an issue or whatever – he wanted to practice his start,” the Red Bull driver explained.

“Maybe it wasn’t allowed there but OK, he was already penalised enough by having this penalty enough in the race so I don’t think you need to have penalty points for that. I guess we will talk about it in the next briefing we have and see if something will happen or not.

“It’s always good I guess to talk about it and communicate. At least we know what we are up to fully and we will move on.”

Very happy finishing 2nd 🍾 Unfortunately we didn’t have the pace to fight for the win today, but we will keep working hard to improve that together with @redbullracing and @hondaracingf1 💪 #KeepPushing 🇷🇺 #RussianGP pic.twitter.com/B8AJoju3dC

As for Verstappen himself the Russian Grand Prix was a vital turning point as the Dutchman recorded a P2 finish after back-to-back DNFs at Monza and Mugello.

“To be able to split the Mercedes cars again, we have to be happy with that,” he told Sky F1.

“I just tried to do my own race. I’m very happy with second, especially after two DNFs.

“There was very low grip on the inside of the grid at the start, which cost us a bit and the first few corners were pretty interesting, but we stayed calm and I quickly moved past Daniel again.

Verstappen started on the medium compound tyres, and after an early Safety Car to cover separate race-ending incidents for Carlos Sainz and Lance Stroll at the start, Verstappen struggled to get his tyres in the zone.

“After the restart we were a little bit slower on the medium,” he explained.

“I was having a little bit of problem with the balance, but once we went onto that hard tyre we were a little bit more competitive.

“I struggled to follow the Mercedes cars on the medium tyre as I had a lot of oversteer but once I pitted on to the hard we were more competitive and I focused on my own race which we managed well.

“It’s good to be back on the podium and we can definitely be pleased to finish within eight seconds of Bottas on this track.

“We can be very happy with second place today, especially on a track where we know that we aren’t normally so competitive.

“It is a good amount of points for the Team and what we needed after the last few races.”