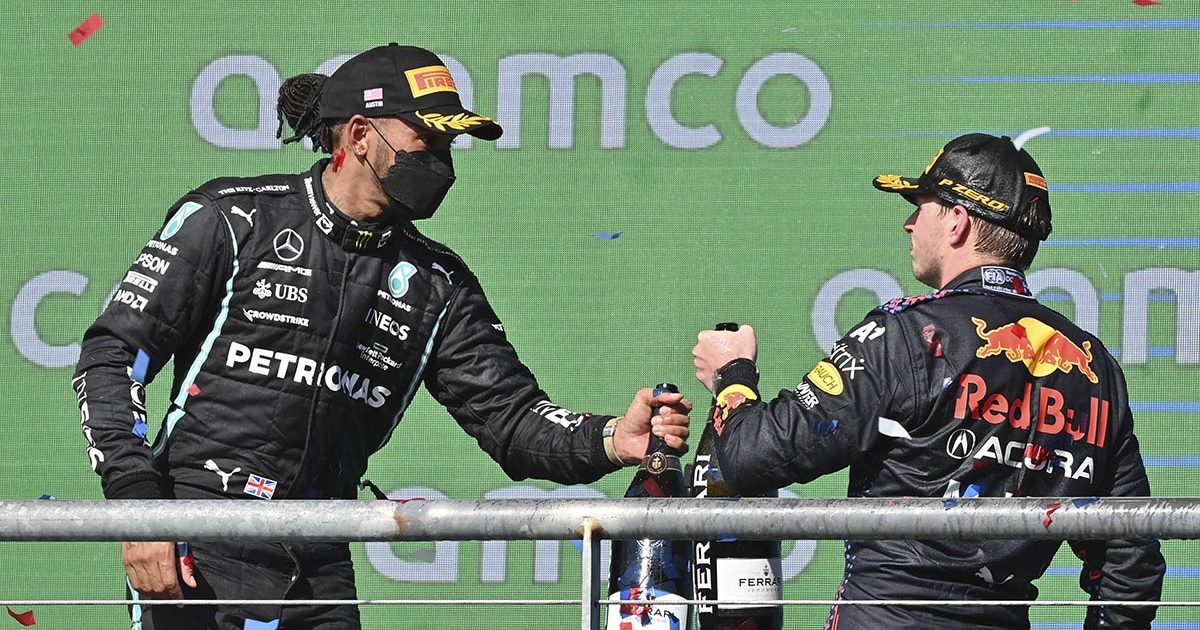 While Max Verstappen and Lewis Hamilton won’t be going to dinner together any time soon, the former says he still has a “good” relationship with his title rival.

Verstappen and Hamilton have treated everyone to an epic battle throughout the course of the 2021 season and, with five races to go, it is a battle that the Red Bull driver is currently winning after extending his lead to 12 points following a sensational victory at the United States Grand Prix.

Along the way, there have been some major flashpoints between the duo, more specifically at Silverstone and Monza when the pair were involved in collisions together.

While those incidents added more fuel to the fire that burns between Mercedes and Red Bull, Verstappen has said there is still a deep-lying respect between the two drivers and reiterated there are no problems between them.

“It’s good,” Verstappen said in an interview with The Gentleman’s Journal.

“I mean, we’re how competitors should be. We’re not exactly going to have dinner together but that’s fine.

“You have that competitive spirit and we always try to beat each other on track, but also try to respect each other off track as well.

“So far there have been some tense moments, but overall it’s been all right.”

These two 😍 on another planet #USGP 🇺🇸 #F1 pic.twitter.com/Dr943xHjAp

Unsurprisingly, the high-profile incidents between Verstappen and Hamilton has led to somewhat of a media circus following the pair wherever they go.

But, Verstappen is not paying any attention to the what he considers to be background noise and instead makes sure there is very little overlap between his life as a Formula 1 driver and his life away from the track.

He continued: “I know what I have to know in F1, within the team, and I’m not really interested in all the other stories around.

“It’s not going to influence anything I do on the weekend, on the track, or my performance, so it’s just a waste of time to look at it.

“I prefer to spend the free time I have with my family or friends.”