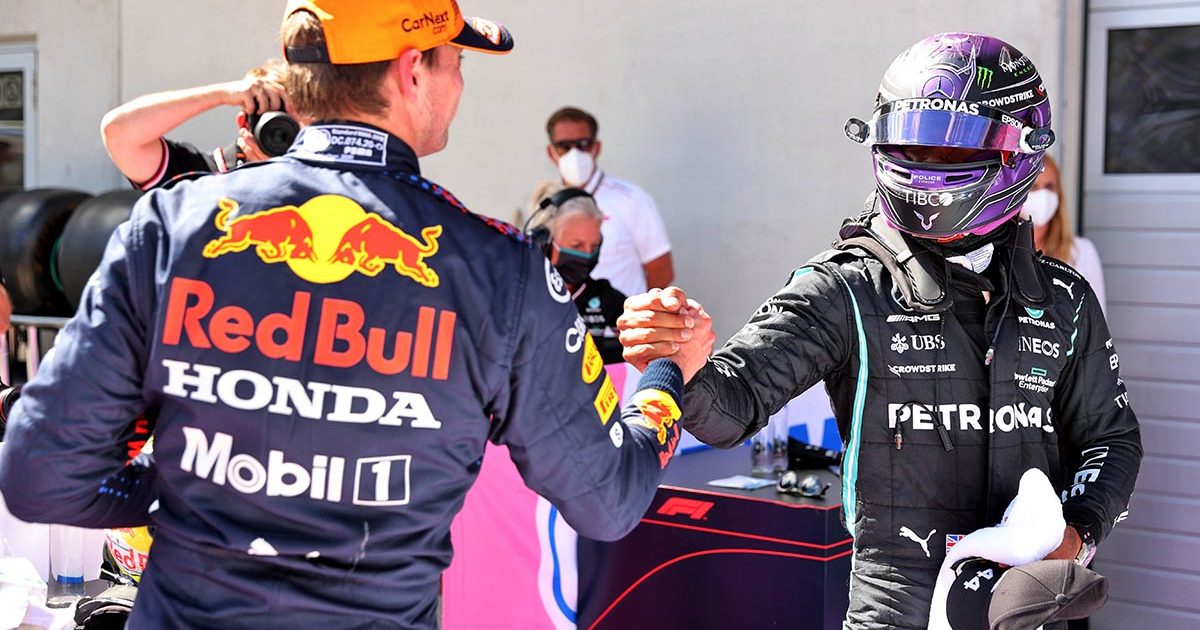 Max Verstappen doesn’t agree with Lewis Hamilton painting himself as the underdog in the Mercedes v Red Bull title battle this season.

The two title rivals are locked in their own private battle for World Championship gold in this thrilling 2021 campaign, with Verstappen holding a narrow lead ahead of the eighth round of the season at the Styrian Grand Prix.

Both Verstappen and Hamilton will continue their fight from the front row of the grid at the Red Bull Ring, where the Dutchman and his team have largely dominated throughout the weekend.

That has led to Hamilton to label himself as a bit of an underdog going into the race, but Verstappen has said it is closer than what Hamilton is trying to suggest.

“Did Lewis say we were a lot faster in the long runs on Friday? That’s not true,” Verstappen is quoted has having told De Telegraaf.

“He tries to play the underdog a bit, but you see it is very close.

“It has always been like that so far this season. You see that they have been better on Sunday than on Saturday, partly because they are good on tyres. That’s something we need to work on.”

Verstappen has now nudged ahead of Hamilton in terms of pole positions bagged this season, with the Dutchman now up to three compared to Hamilton’s two.

But, he is not letting himself get carried away despite it looking like Red Bull now have the upper hand on their rivals.

“Of course it will go the other way once in a while, but so far we’re doing pretty well on Saturday,” Verstappen assessed.

“We could have had more poles but the red flags in Monaco and Baku bothered us. I made a mistake at Imola, but’s all ‘ifs’. However, it does show that we’ve got it right.

“It doesn’t have an impact in terms of my confidence.

“You depend on your car in this sport, how fast you are. Of course, you can screw things up like I did at Imola.

“However my self-confidence has never been affected. If we can keep this up, it’s a good thing.”