Home News ‘I know the sporting code, no reminder needed’ 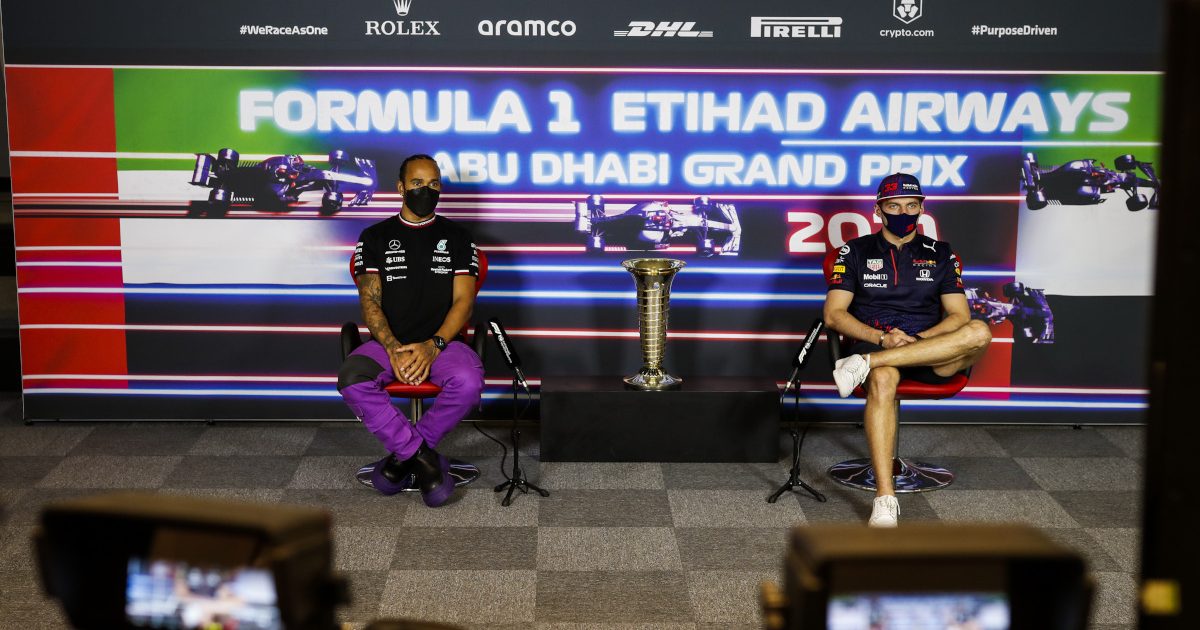 Max Verstappen is adamant he doesn’t need to be reminded about the rules because as a driver “you don’t think” about causing a crash.

Verstappen goes into Sunday’s title decider in Abu Dhabi tied with Lewis Hamilton on 369.5 points, but ahead of the Mercedes driver in the standings on countback of race wins.

It quite simply means whoever finishes ahead in the points on Sunday will win the World title. And if neither scores, it goes to Verstappen.

The latter prospect has pundits speculating about whether the Red Bull driver would be open to causing a collision as that would see him take the championship.

Not for the first time he has insisted he’s not thinking about that.

“As a driver, you don’t think about these things,” he replied. “You go to a weekend where you just want to do the best you can, as a team, and of course you try to win the race.

“But naturally the media starts to say these things, so I don’t really have a lot more to comment on that.

“I think I arrive here just trying do the best I can, trying to be the best prepared and of course naturally trying to win this weekend.

“I know what’s in the sporting code. No one needs to be reminded of that.”

Michael Masi, though, has already done that, the FIA race director explaining in his pre-race notes that the stewards have the mandate to dock points from or even disqualify any drivers who behave in an “unsportsmanlike manner or attempt to influence the result of a competition in a way that is contrary to sporting ethics”.

Verstappen added: “I don’t think we need to sit down.

“You know, we are both here to win and we will do everything to win, and win the championship ultimately – whatever of course is necessary in terms of points.

“I think we have raced really well together the whole year, I think we put on a great show for everyone at the end of the day, so hopefully of course we can do the same here.”

The Red Bull driver explained that he wants to see out the season without any further controversy.

“I think already throughout the year, there have been a few things which were maybe a bit controversial,” he said. “It is what it is, you can’t really do anything about it.

“But I think we just have to focus on the positive for this weekend. And we just want action on track.

“I think from both sides, we want to win, clearly. It should be about that, not about controversial decisions.”

He is also keen to avoid another situation where he feels the stewards have been unfair on him.

Verstappen admits he’s still not happy with last Sunday’s decisions in the Saudi Arabian Grand Prix, which saw him penalised for gaining an advantage off the track and then penalised again for erratic driving.

He is especially annoyed by the five-second penalty for the advantage off the track he feels was something others did and yet they avoided penalties.

“To be honest, the only thing I ask for is that it is fair for everyone and that is not the case at the moment. Up until now it has been quite inconsistent, that is for sure, but I am here to win the race.”

“Clearly, these don’t apply for everyone,” he added. “That’s because the things I did in terms of defending, two other guys, in terms of racing, also did, and they didn’t even get a mention, or penalty.

“I don’t understand because I thought I was just racing hard. What happened, for me, didn’t deserve any penalty. Really, the other two people who did it, they didn’t get one.

“It’s only me who gets it and, of course, fighting up the front, people were more critical, I guess. For me, I don’t understand…

“I end up with penalties while other drivers do the same and don’t get a penalty. I’ve paid the FIA a nice fine, so they’ve had dinners and good wine but it doesn’t seem to help.”