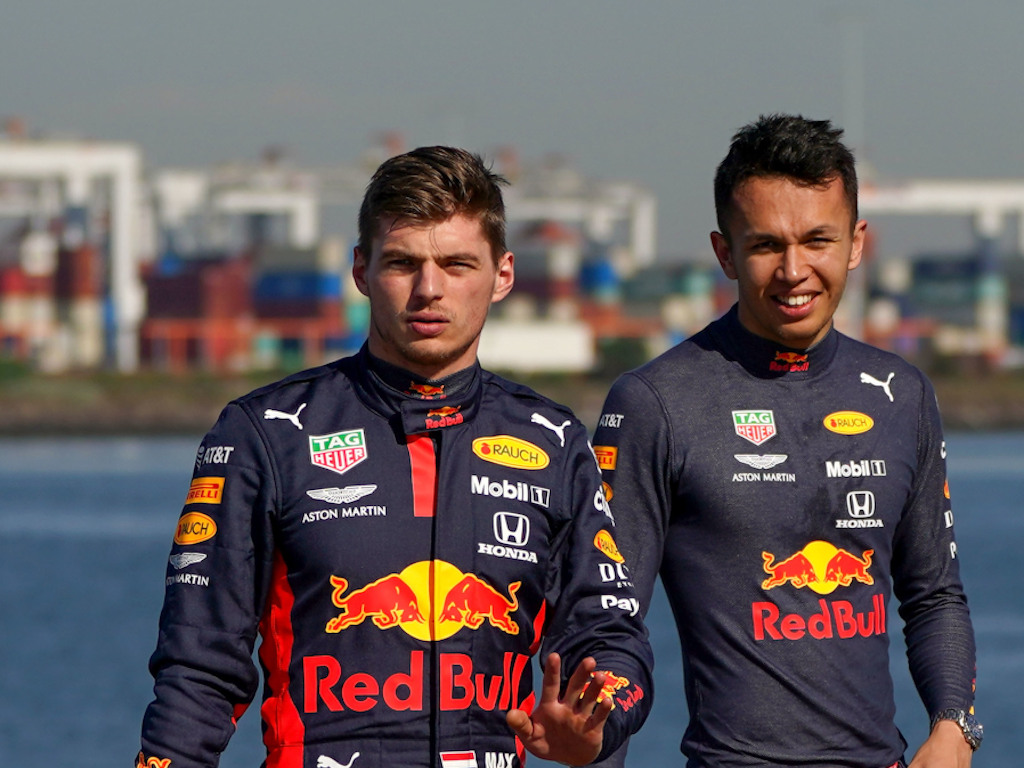 Max Verstappen was “trying to be polite” when he told Sebastian Vettel he’d have been happy having him at Red Bull, he’d rather have Alex Albon.

As to be expected the German’s future was the hot topic with Vettel set to leave Ferrari at the end of this year’s championship.

Verstappen was asked if he’d be open to having Vettel as his 2021 team-mate and said he’d have no issue with it.

“Two winning drivers in one team can work – just like Daniel (Ricciardo) and me,” he replied.

“I wouldn’t have a problem with Seb as a team-mate. But it’s not my decision. I never worked with Seb but normally it wouldn’t be a problem. Every driver wants to win.”

Days later, though, he told the media in the build up to the Styrian Grand Prix that he would much rather keep Albon as his team-mate into 2021 and beyond.

In fact in the Monday night interview he was only being “polite” given that Vettel was sitting right next to him.

“I was on the TV show on Monday, I was sitting next to Seb and I got this question,” Verstappen told Racer.

“I was just trying to be polite and nice by saying I could imagine it.

“I think at the moment the team is happy with both of us, and I have to say I’m really happy with Alex as a team-mate.

“He’s a really nice guy in the team which is good for everyone.

“He’s good with set-up, so we both give good feedback to the team, and he’s a fast guy so I don’t think there’s any reason to change.

“I think Christian and Helmut (Marko) can back that up.

“It’s also not up to me at the end of the day to decide these things.”

Verstappen also weighed in on his team-mate’s Austrian Grand Prix clash with Lewis Hamilton, a clash that cost Albon a maiden Formula 1 podium.

Fighting Hamilton late in the race, Albon tried to pass around the outside of Turn 4 only for Hamilton’s front right to hit the Red Bull’s rear left.

Albon was pitched into a spin and retired shortly after with an electrical problem.

Although the attempted pass didn’t work out as Albon had wished, Verstappen was impressed that his team-mate would even try pass around the outside of Turn 4.

“I think it was a great move of Alex to go round the outside there; not many people do that, but it was cool to see – even though I shouldn’t have seen that, but I was chilling in my driver room already!”

He added: “I think it’s quite normal to give that penalty and we were told not to look at the consequence of it.

“That’s the unfortunate part afterwards, because of course it ruined Alex’s race, but from my side he got a penalty, finished fourth, but Alex got penalised the most by losing so many positions.”