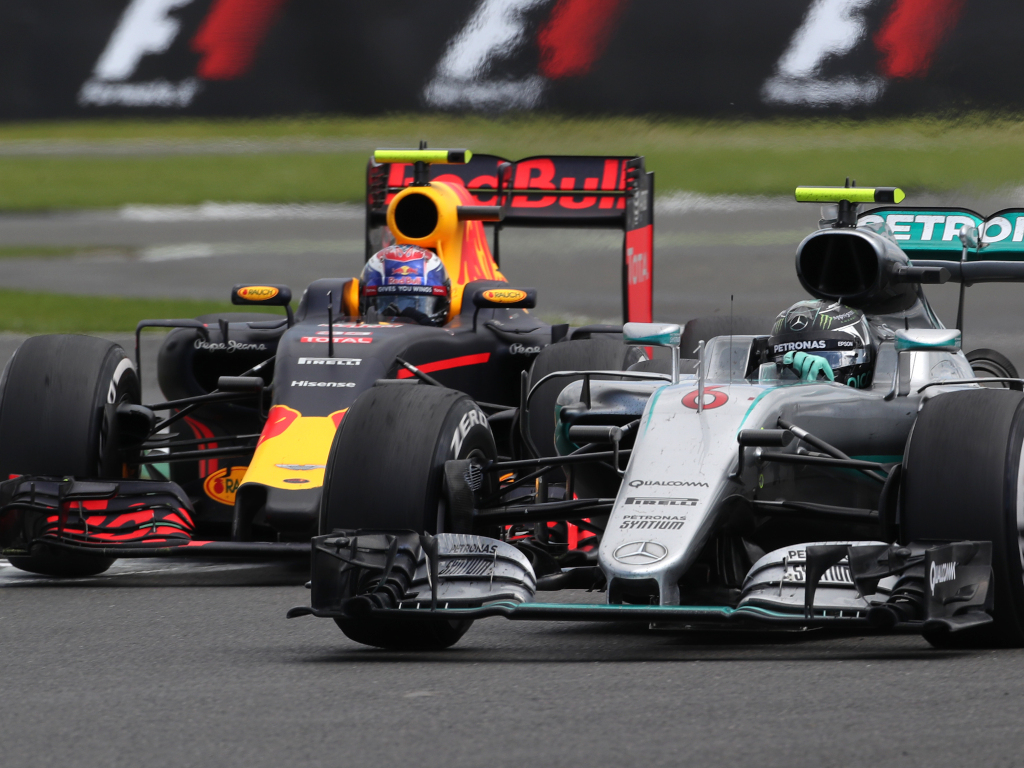 Heading towards a possible first World title, Nico Rosberg remembers how worried he was racing against Max Verstappen in the final four races of 2016.

Heading into round 18 of the 2016 championship, Rosberg led the Drivers’ standings by 313 points to his Mercedes team-mate Lewis Hamilton’s 280.

Throughout the final four races of the campaign, Rosberg found himself second on the grid with Hamilton on pole position.

Verstappen was never far behind.

This allowed the Red Bull driver to make a daring pass on Rosberg at the Brazilian Grand Prix in the wet, taking him around the outside in what many fans voted to be the overtaking move of the season.

Rosberg, though, would finish ahead of Verstappen through strategy, taking second place to keep his title hopes alive with a 12-point lead over Hamilton heading into the final race of the championship.

Rosberg and Verstappen battled again at the title decider, Abu Dhabi, with a small nudge from Rosberg when he tried to overtake Verstappen, who was not giving an inch.

Rosberg took the title, his first and only, retiring from Formula 1 days later.

Looking back at it he feared Verstappen would crush his title hopes – not by beating him but by crashing into him.

“I’m a huge fan of his, he’s an amazing driver and so good for F1, so much fun to watch,” Rosberg said during a recent Sky F1 Vodcast.

“But my god, having him around in the races! The risk of a DNF for myself, it increases like ten-fold.

“On my way to the championship, I had him around me every race in the last four races. He passed me I think in three of those four races, in a tussle.”