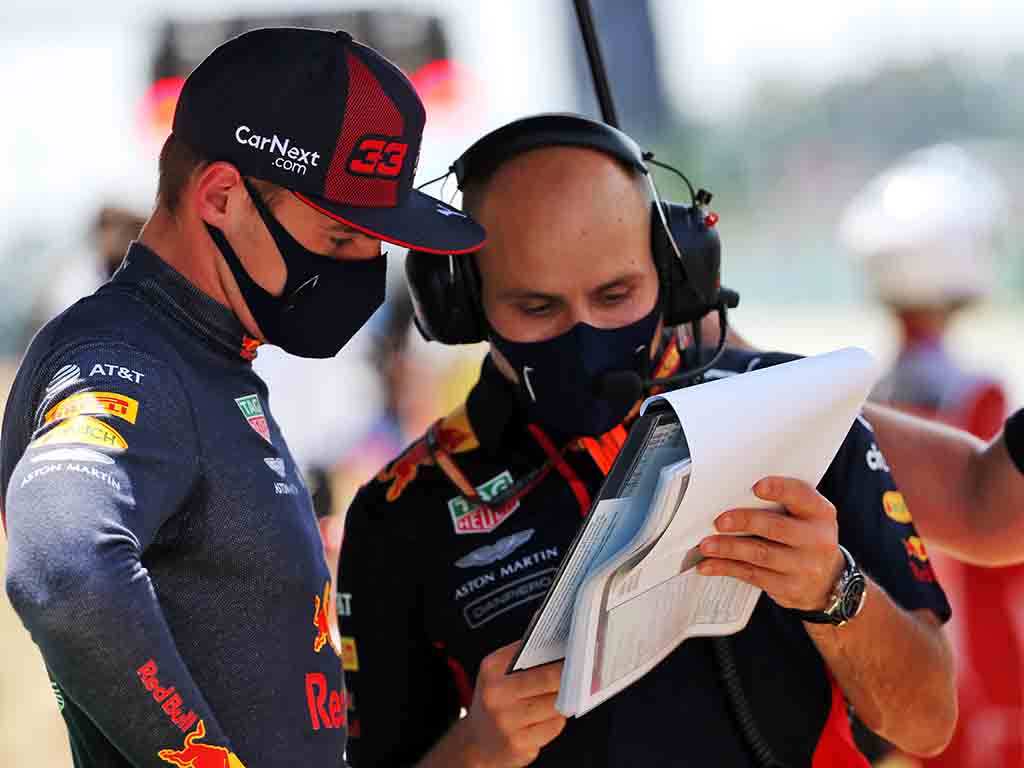 Max Verstappen has reiterated his thoughts during the Spanish Grand Prix and said Red Bull should focus on themselves more than Mercedes.

Verstappen, starting on the softs, was crying out for fresh rubber in the very early stages of the race and asked the pit wall if they needed him to repeat his requests to pit for new mediums.

The Dutchman also said he “didn’t care” whether the stop put him in traffic and also had the following to say when being informed of what was going on over at Mercedes.

He said: “How about we just focus on our race, first, for a start instead of looking at Lewis? Because clearly on the soft tyre we were not as fast as them. So can we just make sure we do our job and let them do their job?”

Verstappen, who went on to split the Mercedes cars in P2 and keep hold of P2 in the World Championship, was given a little bit of a ticking off after that comment and was told to “keep his head down” – but it is a comment he still stands by.

What better way to cool off after a sweltering weekend in Barcelona?! 😅🍾 #SpanishGP pic.twitter.com/FhnQQnCRnu

“On the first stint I was just struggling with my tyres at the end,” Verstappen told Sky F1 back in the paddock.

“I just wanted to pit. I think we should not really look to the Mercedes cars and we should do our strategy. But then we pitted and got onto the medium tyre and basically from then onwards it was fine.

“We were slower than Lewis but I could keep Valtteri behind so everything worked out quite well.

“It was good to split the two Mercedes. I didn’t have the pace like Lewis but I’m happy with second.

“The start was crucial to get ahead of Valtteri, then I was just trying to go at my own pace.

“I expect more. After the second stint, I was happy with my tyres and Valtteri wasn’t catching, so I felt comfortable.

“We keep trying to improve but [Mercedes] keep pushing, so we’ll see.”

Asked about a loss in power during the race, Verstappen added: “We were trying a few things with the engine switches and one of them gave a bit less power, but we went back on it and it was all good again.”