Home News Verstappen holds up his hand for Turn 5 spin 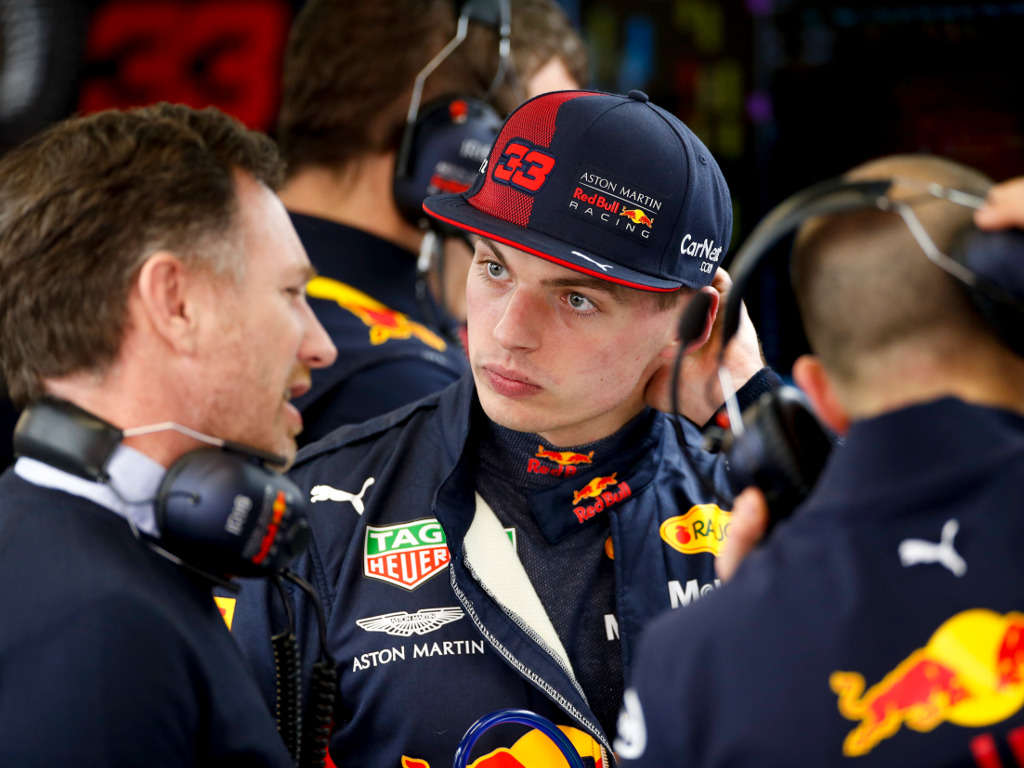 Spinning his way into the gravel and into a red flag situation, Max Verstappen admits that was his fault after putting a wheel on a damp patch.

It wasn’t the most productive session Verstappen has had this year.

Like many of his rivals, Verstappen largely stayed inside the garage for the first hour as the drivers waited for a dry line to appear on the circuit.

Once underway, he joined the list of drivers falling foul of Turn 5.

Valtteri Bottas was the first to get it wrong and take a trip through the gravel while Sebastian Vettel later added his name to the list.

However, while those two were able to continue on their way, Verstappen brought out the reds when he beached his RB16.

“I looked back on the footage and I clipped two wheels on a damp patch,” he told the media.

“I tried to use a bit too much road and didn’t see the damp patch so that was the issue.

“There was no damage, but by the time the car is brought back to the pits and all the gravel is removed, you’ll easily lose half an hour.”

That wasn’t his only moment of the day as earlier he spun at Turn 15, blaming the wind for that one.

“It depends on the weather sometimes,” he said. “Today and also yesterday it was very windy and all the cars are struggling in those conditions.

He covered 28 laps, finishing the day 0.897s down on Sebastian Vettel’s P1 time.

Verstappen clocked his fastest lap on the C2s while Vettel used the faster tyres.

“Overall we need to step up, and we are working on that. So far this year the car is definitely an improvement, and it also has to be if you want to fight for the championship,” he added.

“We just focus on ourselves, and then we will find out in Melbourne where we are.”