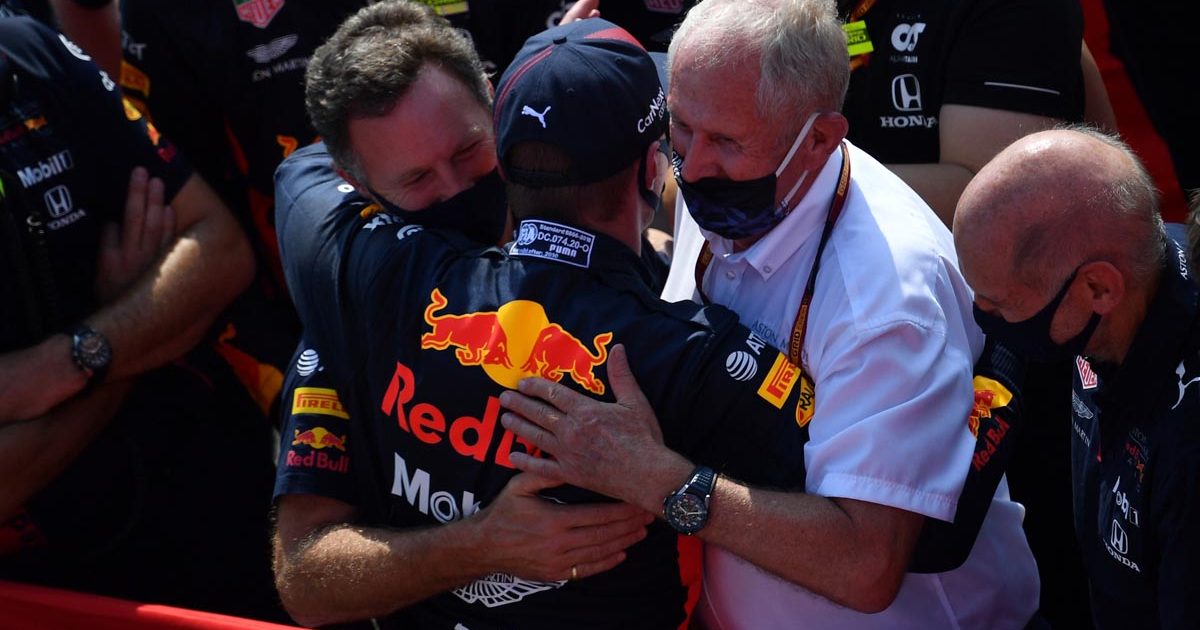 Max Verstappen has said the plan is to stay at Red Bull for the entirety of his Formula 1 career.

Verstappen has long been part of the Red Bull family and has a long-term contract in place until at least the end of the 2023 season.

But, over the years, there has always been a lingering question mark over the Dutchman’s future with the team, especially during long phases of uncompetitiveness against the might of Mercedes – realistically the only team for which Verstappen would leave Red Bull.

💔on my own race… But happy for the team and a huge congrats to @SChecoPerez on the win 💪 The car, pit stops and strategy were amazing again, thanks to @redbullracing. Not much more to say at this time other than we’ll keep pushing until the end ⚔️ 🇦🇿 #AzerbaijanGP pic.twitter.com/Cwxp76LVZO

However, at the moment, the Dutchman is not having a case of itchy feet and instead plans to keep racing for Red Bull for a very long time to come.

“That’s the plan,” Verstappen told Sky Italia when asked if he is intending on staying at Red Bull forever.

“I really enjoy being part of the team. Everyone in the team as well, you have a very good relationship with [everyone], we’re all very motivated and driven towards success and of course we want to win.

“I hope we can do this for a very long time.”

Verstappen said he would only ever consider switching teams “if the opportunity is right and it’s a fast car”, before stating that side projects such as endurance racing would be of interest to him later on in his career.

He continued: “It needs to make sense, but at the moment I’m not really looking for that.

“The focus is Formula 1. I’d like to of course to do endurance, but this is a side project, it’s not the main goal.

“And at the moment I’m very happy where I am, and that’s of course at Red Bull.”

Verstappen was also asked what is different about Red Bull in 2021 that has allowed them to properly take the fight to Mercedes.

He replied: “I think we learnt a lot from our mistakes last year.

“We thought we had a very competitive car, but it wasn’t so competitive at the beginning of the year. And of course something was limited, we couldn’t really change everything on the car straight away.

“And I think we managed to change quite a lot of that for this year. You can see the step forward, which is good, but still you want to be better, it’s never good enough.

“We just keep on pushing to try to make it better.”