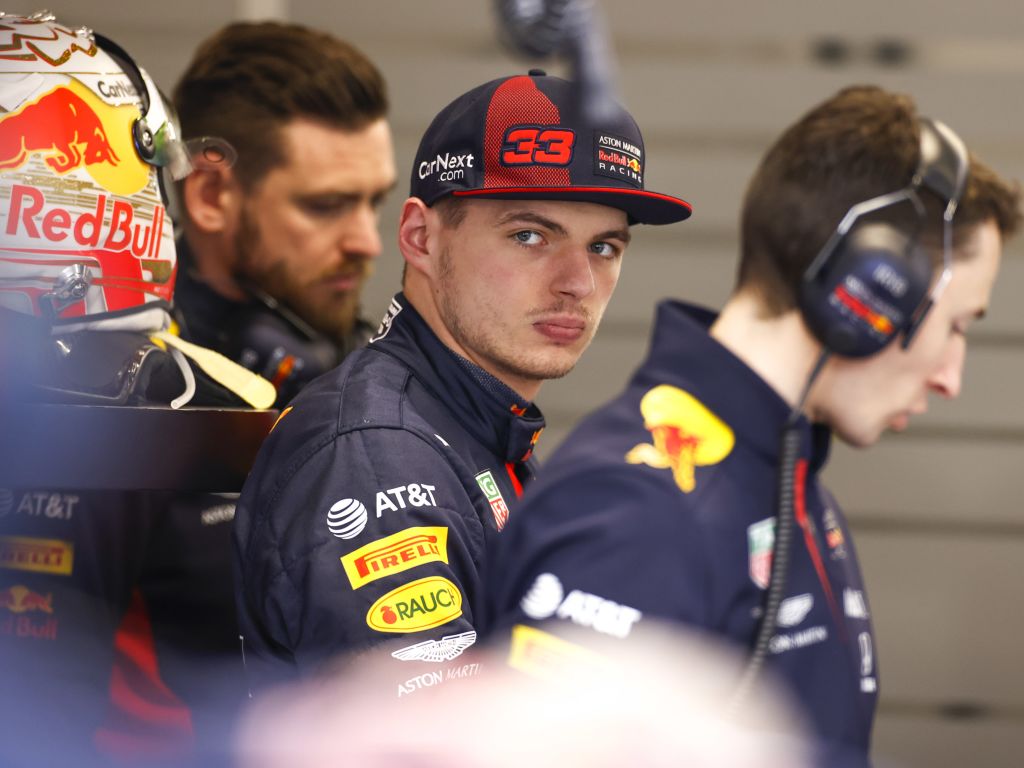 Max Verstappen believes “everything is heading in the right direction” for Red Bull and Honda after a positive first week of testing.

While they didn’t set the timing sheets alight, Verstappen and team-mate Alex Albon did notch up 471 laps between them over the three days – only Mercedes covered more.

And those laps were relatively trouble-free – there was a precautionary engine change for Albon on Thursday, but Verstappen is happy with the early signs from the RB16 and Honda.

“It’s all about collecting laps, collecting data and testing out the reliability as well,” he told Formula1.com.

“So far I’m happy, there’s still of a lot of things to learn on the car and we’ve just got to continue that next week.

“They [Honda] are pushing flat out. Of course, you always want improvements but improvements definitely have been made compared to last year as well.

“What I like is that what they show, what they project, always happens, so I’m very confident it will be the same this year again.

“Everything is heading in the right direction, but the others will also be pushing flat out so we just have to try and work harder.”

Honda did exceed their engine allocations last year, leading to penalties for Red Bull, but Verstappen said that was for performance gains, not reliability.

So the Dutchman thinks everything is going to plan heading into the new season where he hopes to challenge for the World Championship.

“Last year we only took engines because they had performance upgrades, and quite big ones, so that was the reason to take those engines,” he explained.

“Of course, this year we will try not to take any penalties, but things are running very smooth and that’s all we can do.

“In terms of mileage, it’s all going well. Throughout the winter we’ve been looking to make it through those seven weekends.

“So far we’ve not run full power modes, but it’s all running smoothly, and that’s exactly what you want.”

Albon joined Verstappen in praising Honda for what seems already to be a reliable power unit.

“We did a lot of work over the winter and we wanted to come in with a lot of laps and get a good baseline for the championship,” he added.

“I think pretty much everything went to plan. It just shows how much work goes on behind the scenes. It’s really impressive from the guys at Milton Keynes, as well as Honda, to have such a reliable car.”

Albon wasn’t ready to openly declare the RB16 as a challenger to Mercedes’ dominance, but did say that the signs were positive.

“I think it’s a step in the right direction,” he stated.

“With all cars, there’s a bit of fine-tuning to be done to it, but as a baseline, it felt better in the first five laps than yesterday. So yeah, it’s a step forward.

“Max’s and my comments are very similar. We’ve both went into the same idea of what we wanted over winter and it’s in line with both of us, not just me.”