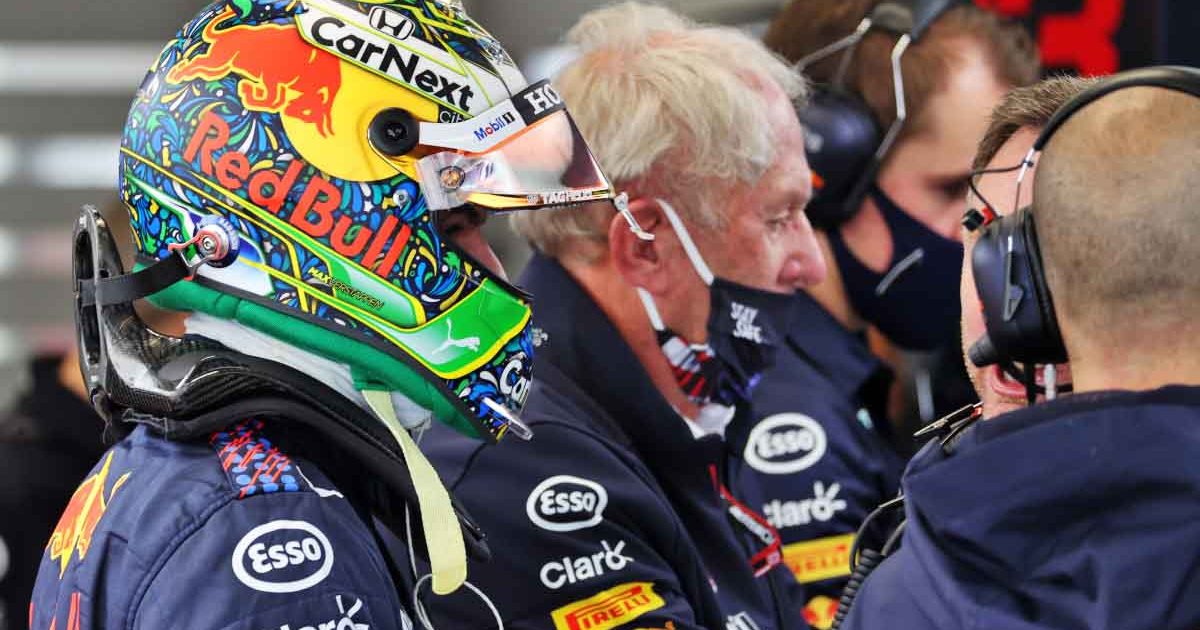 Max Verstappen believes sprint qualifying in its current form is “too risky”, given the time constraints to set up the cars for the weekend.

The Sao Paulo Grand Prix will be the third and final sprint qualifying session of the season, which sees the structure of the weekend dramatically altered.

While the teams normally have three hours of practice time to perfect their cars, they only have one practice session before the cars go into parc ferme for qualifying, which moves to Friday instead of its traditional Saturday slot.

As a result, the first free practice sessions at Silverstone, Monza and Interlagos have seen extensive running by all the drivers as they fine-tune their cars with only a third of their usual preparation time.

With that, the World Championship leader thinks changes need to be made, given that the number of sprints looks set to double in 2022.

“I have a few things myself,” Verstappen told De Telegraaf when asked for his suggestions for how to improve the sprint qualifying format.

“I think the current rule that after the first practice session on Friday you have to drive with the same set-up all weekend is too risky.

“I believe you should still be able to change the car if you’re not completely happy with it.

“Pole should indeed go to the fastest driver on Friday. I also find it strange that with a new engine you can start the sprint race at the front, so you can still take points, and only then go backwards on the grid. While a new engine always gives you a boost in performance. So you don’t get punished as hard.”

Verstappen currently holds a 19-point lead in the Drivers’ standings and he said he’s looking forward to getting back out in front of the “race-crazy” Brazilian Formula 1 fans at the weekend.

He will have the chance to earn three more points by finishing top of the sprint, combined with a five-place grid penalty for Lewis Hamilton, so the Red Bull driver says he will be going for everything available to him – as he feels the title could still be decided by the finest of margins.

“I always try to score as many points as possible,” he said. “You never know what happens. Who knows, one point might make the difference in the end.

“The fact that I’m fighting for the championship helps of course. Besides that, I’ve generally had good results here. I always enjoy being here and I like the track.

“They are really race-crazy here, and so am I, so that’s a good match.”