Home News Max sure Leclerc did not crash on purpose 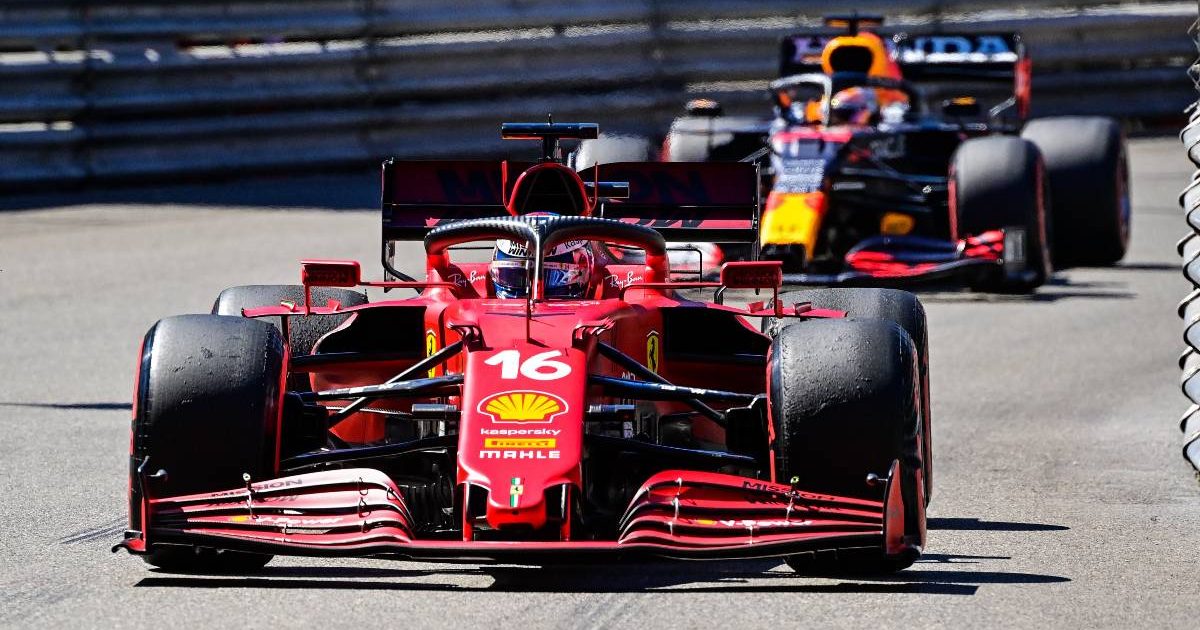 Max Verstappen felt he was on for pole position in Monaco, but cleared Charles Leclerc of any suggestion of crashing deliberately.

Back in 2006 we saw Michael Schumacher park his Ferrari at Rascasse, securing pole position for the Monaco Grand Prix.

It really did feel like history repeating itself 15 years on when Leclerc binned his SF21 in the closing stages of Q3, an accident which ruined Verstappen’s lap and secured a first pole for Leclerc in his native Monaco.

But Verstappen does not believe there was anything deliberate at all from Leclerc.

“We had put everything on that last run,” he told reporters at the Circuit de Monaco.

“With a fast lap, a slow one and again a fast run. Then the tyres are just at their best. I already had a good lap straight from the pits but knew there was still four tenths in it.

“I was already one and a half tenths below my own time when I entered the tunnel and knew Turns 10 and 11 were not good in my first run. The car didn’t turn in then. Now the grip felt completely different, much more grip. When that red flag comes, it was very disappointing.

“We knew this was the best strategy. We were fastest in Q1, but also Q2 we would have finished fastest if I hadn’t had to abort my last lap. We saw a small puncture in a tyre, so I couldn’t drive on.

“All in all, everything is very positive, but I haven’t really been able to show it. It’s always better to start first, but I don’t think we were only the second fastest today. So that’s also a bummer. It’s also racing that there will be a red flag, Charles isn’t doing it on purpose.”

While Verstappen very much had the pace underneath him for pole, the same could not be said for Sergio Perez in the other Red Bull.

Around Monaco, a one-second gap to your team-mate is extremely concerning, but it is a heavy defeat which Perez must quickly move on from as he prepares to start from P9.

“It was a nightmare Q3,” he told reporters.

“I was making good progress and unfortunately come Q3 we changed our approach with the warm-up of the tyre which, combined with the track cooling down, probably affected us massively.

“My first run was just compromised with that, and then into the second one it was pretty difficult. The lap was going all right until the last chicane, I lost a bit, and then I got traffic and towards the end of the lap brushed the wall.

“And I think with Seb [Vettel] and the Alfa Romeo I lost the lap into the final sector.”