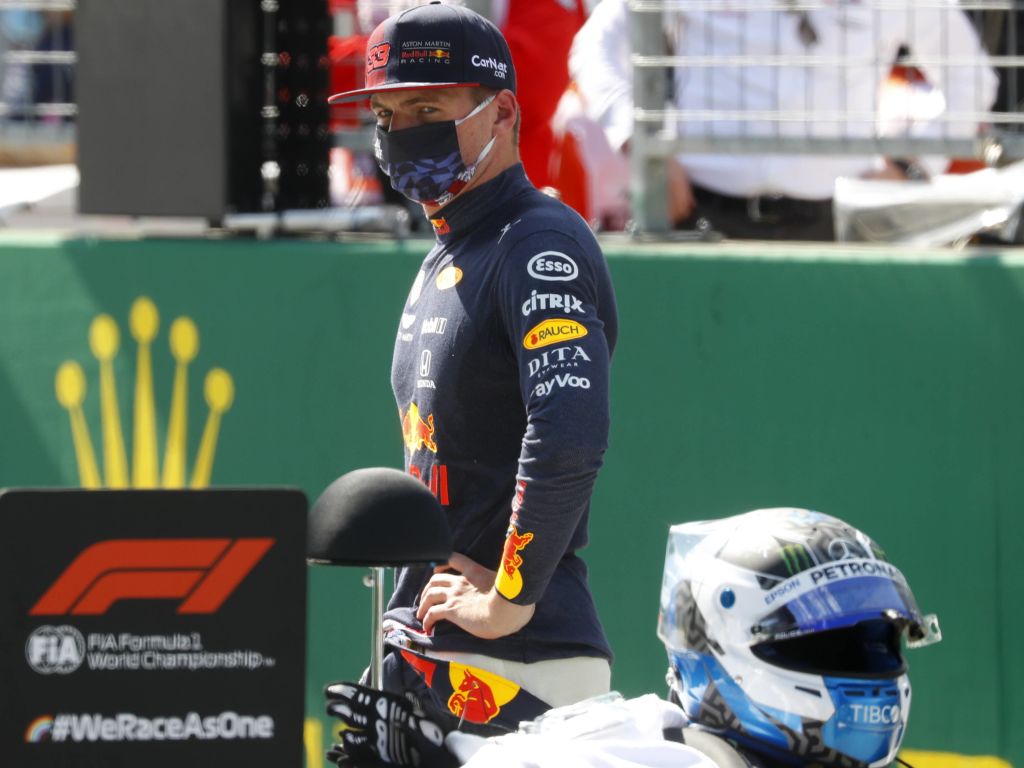 Max Verstappen says he will raise issues about the Safety Car rules when the drivers have their next briefing with Michael Masi in Portugal.

The positioning of the car coupled with the fact that it looked as if it would catch fire at any moment meant Race Control opted for a full Safety Car instead of only a Virtual Safety Car.

Entering the final 15 laps of the grand prix, the majority of the field pitted for fresh tyres.

Putting in several laps behind the Safety Car, both Verstappen and race leader Lewis Hamilton complained that their tyres were losing heat.

It was a very different story for those unlapping themselves who were allowed to speed up and, by doing so, warm their tyres.

Verstappen wasn’t happy and told Peptalk at Ziggo Sport that he will be raising the issue in the next drivers’ briefing.

Asked if he had spoken to F1 race director Masi after the race, he replied: “Not yet.

“Before every race, before every weekend, we have a drivers briefing so we’ll talk about it then.”

Verstappen also raised concerns about the safety given that the tyres were losing heat.

Speaking immediately after the race, the Red Bull driver said: “At the track here where it’s so cold with the tyres we have, you need to bring them up to temperature.

“It was quite dangerous out there.

“The problem as well is that three or four cars are all the time behind the Safety Car [but] the others get the wave-around and they can warm up their tyres because they’re pushing.

“So it’s also an unfair advantage for the guys behind us. But anyway, we’ll talk about it and see what happens.”