Home News Max confused over steward calls, ‘it was fine in Brazil’ 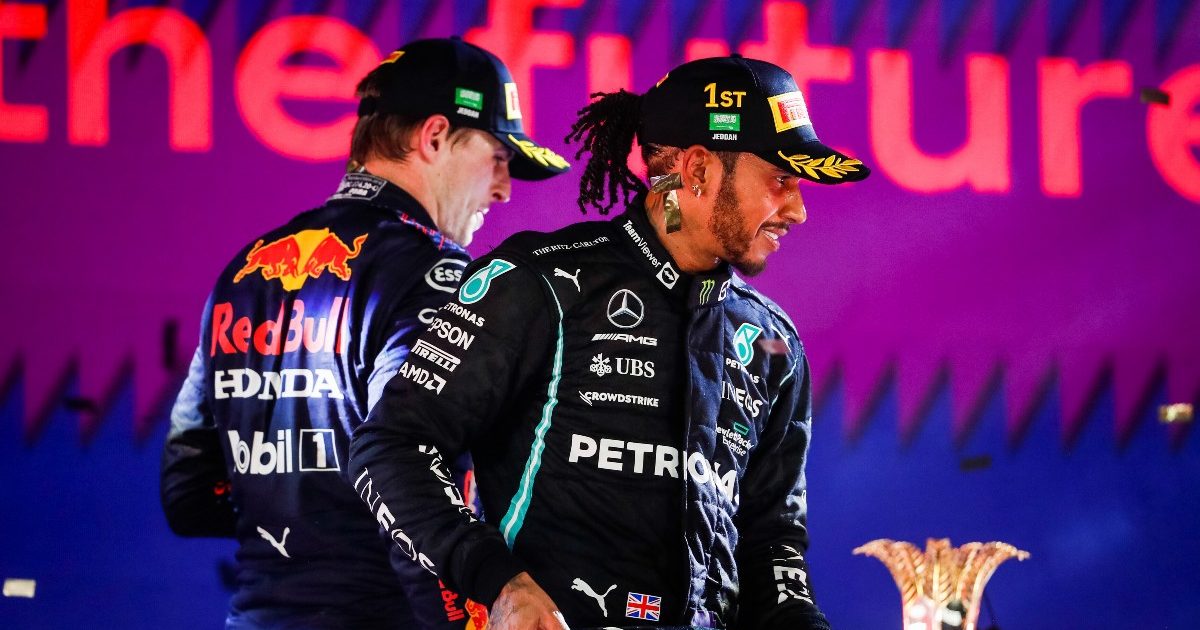 Max Verstappen is not sure why his defensive driving that was deemed acceptable in Brazil, suddenly was not in Saudi Arabia.

Twice in Saudi Arabia Verstappen was judged by the stewards to have forced title rival Lewis Hamilton off the track as they battled for the lead.

The first time around an offer was accepted by Red Bull which saw Verstappen drop behind Hamilton at the race restart, following a red flag delay, while after a second incident, Verstappen was given a five-second penalty for going off-track and gaining an advantage.

That decision came after the first attempt to let Hamilton through resulted in contact, before Verstappen immediately repassed Hamilton when he slowed for the second time, which was not satisfactory for the stewards.

However, back in Brazil Verstappen forced himself and Hamilton off the track to keep his lead, but the stewards took no action, so he is at a loss as to why their stance has changed.

Explaining his actions at Turn 1 in Saudi Arabia during the post-race press conference, Verstappen said: “So of course he had the run, a bit like Brazil, and of course I braked late and I think I got a little bit off line at one point I guess and I had a moment, so I went wide, but he also didn’t make the corner.

“So we both basically missed the corner and I don’t think it’s fair to then just say that I get a penalty.

“I find it interesting that I am the one who gets the penalty when both of us ran outside of the white lines. In Brazil it was fine and now suddenly I get a penalty for it. Well, you could clearly see both didn’t make the corner.”

Speaking to Sky F1 over the radio during his post-race in-lap, Verstappen said that Formula 1 has now become more about penalties than racing.

And despite having a little bit of time to cool off before the press conference, Verstappen maintained this way of thinking.

“I said it earlier on my in-lap, I think lately we’re talking more about white lines and penalties than actually proper Formula 1 racing and that’s, I think, a little bit of a shame,” he reaffirmed.

Hamilton did ultimately go on to win the race while Verstappen held on to P2, meaning both drivers go into the final round of the season, the Abu Dhabi Grand Prix, level on 369.5 points.