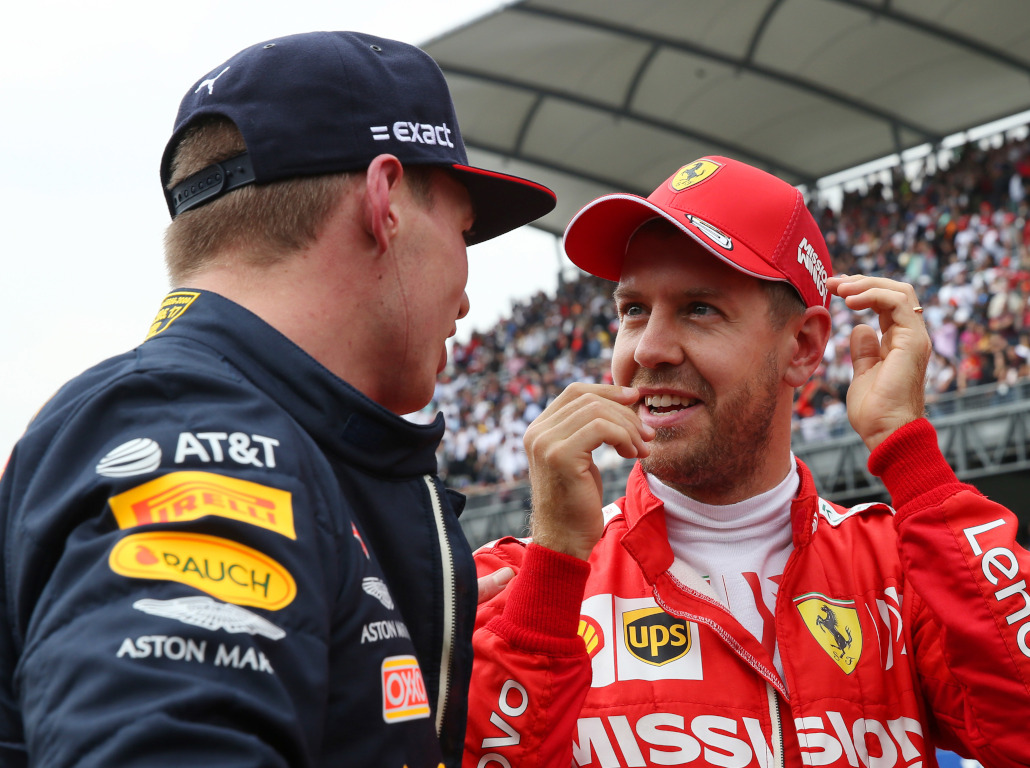 The downside to Max Verstappen growing up is, according to Bernie Ecclestone, he’s become boring while the ex supremo has warned against writing off Sebastian Vettel.

Ecclestone has been doing the media rounds of late, weighing in on everything from cancelling the 2020 Formula 1 season to Jean Todt’s handling of the Ferrari engine saga.

He’s also been speaking about the drivers.

According to the former F1 chief, Red Bull driver Verstappen no longer excites like he used to.

That, though, is not necessarily a bad thing as Ecclestone says it is sign of maturity.

Maturity that will one can carry him to a Drivers’ Championship title.

“I met Max for the first time when he didn’t even have whiskers,” he told Sport1. “But I could see that it has something special.

“Unfortunately, he has matured (laughs) and no longer provides so much entertainment.

“He will win the World Championship at some point, just like [Charles] Leclerc.”

As for Vettel, Ecclestone has warned the German’s rivals against writing him off.

The Brit has long been a fan of Vettel’s and feels the four-time World Champion still has star quality.

So much so that he reckons Vettel could yet challenge Michael Schumacher’s record of seven World titles.

“Vettel is underestimated,” he said.

“He has the competitive gene that drivers used to have.

“I knew that when I saw him for the first time in Friday practice in Turkey in 2006. Because I could see it in his eyes.

“Formula 1 needs a Sebastian who wins.

“He had a depression last year, but as I know him, there is no reason why Sebastian cannot go along with Lewis and match Michael Schumacher’s seven titles.

“As I said: people underestimate Sebastian.”