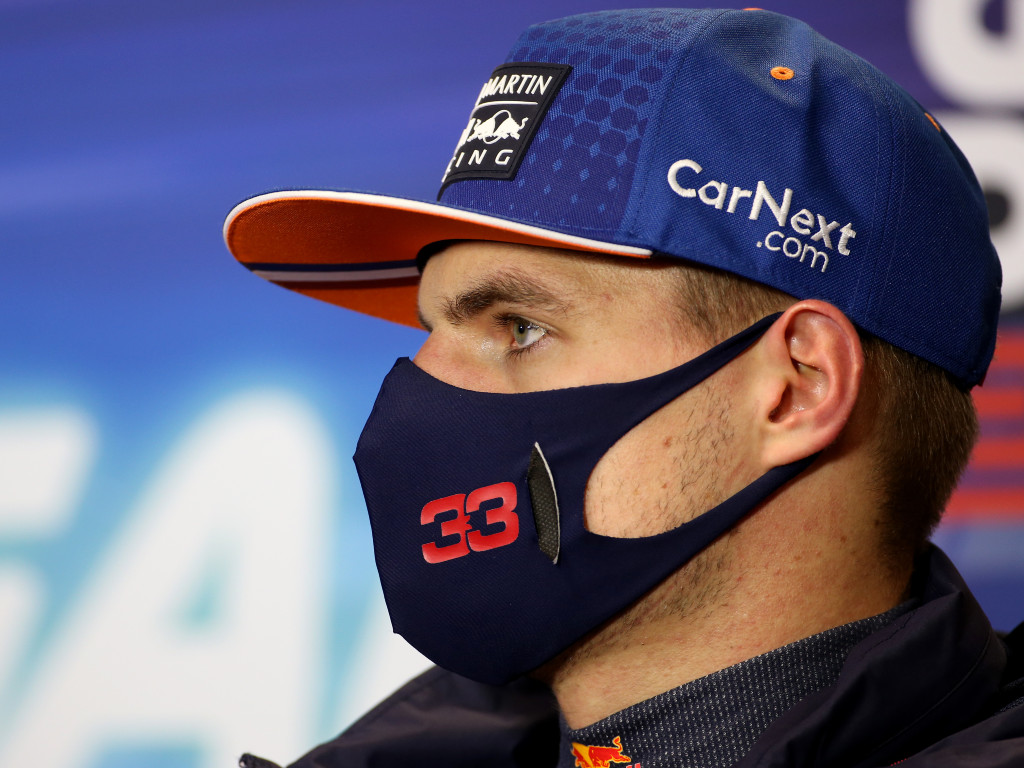 Max Verstappen was placing full blame on Sergio Perez for their first-lap incident at the Portuguese Grand Prix.

In what proved to be a crazy opening lap in Formula 1’s first Portuguese Grand Prix at the Algarve International Circuit, Verstappen’s Red Bull sent the Racing Point of Sergio Perez into a spin, forcing the Mexican to pit as he dropped to the back of the pack.

The stewards took no further action and Verstappen would go on to finish P3, while Perez delivered a solid recovery drive to cross the line in P7.

And while the stewards couldn’t find a singular person to blame for the incident, it seems Verstappen could.

“It was very low grip,” Verstappen reflected as he spoke to reporters after the Portuguese Grand Prix.

“I just tried to stay out of trouble. Of course, I had a little touch with Sergio but he didn’t give me enough space so he basically took himself out. From there onwards, it was raining a little bit so [I was] just trying to keep the car on the track.

“Once everything was stabilised I overtook the McLaren. They had a lot of grip on the first lap, I don’t know how. And then I did my own race. I think once I went onto the medium tyre we had good pace, but of course then the gap is already so big that you can’t really do anything.”

It was a sensational opening lap for McLaren as Carlos Sainz cut through the pack, ultimately making his way into the lead of the race, while Verstappen and the Mercedes struggled.

Verstappen did use the alternative strategy to the Silver Arrows throughout the race, but he admitted that it was never going to trouble their dominance.

The Dutchman started on the soft tyres compared to Mercedes on the medium compound, before Verstappen pitted for the medium tyres while the Mercs were on the hards.

“They were on the hard tyre. I think that tyre was not amazing. Today I think the medium tyre was definitely the best tyre,” Verstappen explained.

“So it wouldn’t have mattered [if] I would’ve started on the medium because then I would’ve lost more time on the hard. Overall I think we finished where we deserved.”

Verstappen and Perez touch and the Mexican slides off into the barriers. He's got going again and has made it back to the pits 😮#PortugueseGP 🇵🇹 #F1 pic.twitter.com/whEfoGinkR

Verstappen’s team-mate Alex Albon had a difficult afternoon in Portimao, finishing all the way down in P12.

“I struggled with tyre temps at the start, both cars did to be fair,” he explained.

“In the mid-pack it’s a little bit more hectic and there’s obviously a lot of locking up and avoiding some crashes as well at the start.

“So it was just a little bit messy, from then on once the tyres were up to temperature the car wasn’t too bad, it was just trying to overtake and one place where we were struggling was Turn 14 which was the last corner.

“And the only place you can really overtake at is Turn 1 so it was tricky out there today.

“Otherwise the car was pretty good, it was just trying to get some clean air. I spent the whole race in traffic so yeah, frustrating.

“I think looking at the results a one-stopper would have been better than the two-stop that we tried. But we tried something, it didn’t work.”