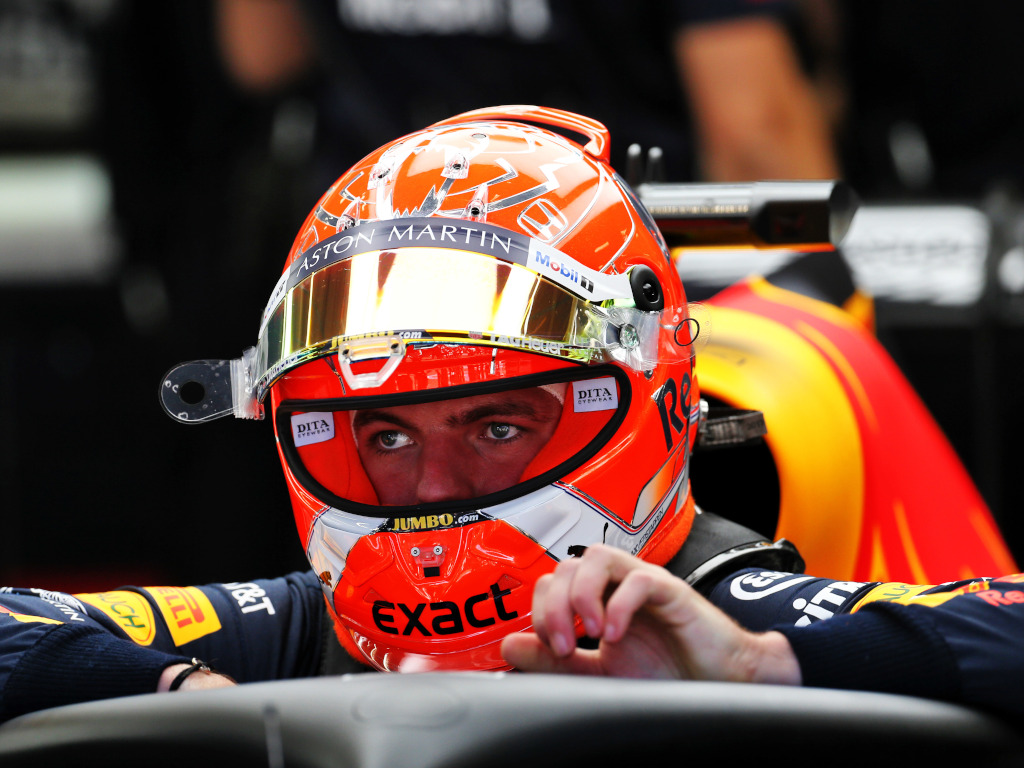 He is set to start the Italian GP from the back of the grid, but Max Verstappen believes he can challenge for a fifth-place finish on Sunday.

The Red Bull driver is using the new Honda Spec 4 power unit at Monza this weekend and it means he will be sent to the back of the grid come race day.

The new engine seems to have given the RB15 a boost as Verstappen was just RB15 0.372s off pace-setter Charles Leclerc’s time in FP2 on Friday afternoon.

Verstappen knows Red Bull won’t be able to match top guns Ferrari and Mercedes during the race, but he is hopeful of a P5.

“It was a good day,” he told Verstappen.nl. “Despite the fact that we still lack top speed on the straight, we still seem quite competitive. Both the short and the long runs seemed pretty good and that is of course also important for Sunday, as we will start at the back.”

He added: “The car did very well and everything went smoothly in the motor area. That is therefore always positive. At least I’m looking forward to Sunday. It will be difficult to overtake Ferrari and Mercedes, but a fifth-place should normally be possible.”

Alex Albon, in only his second race weekend for Red Bull, was not too far off his team-mate as he was fifth, 0.611s slower than Leclerc.

“We had mixed conditions, so we started out quite slowly but built up our confidence throughout the day,” Albon told Crash.net.

“We are expecting similar conditions on Sunday so that is why everyone was out there trying to do some laps. I found the short runs were more positive than the long runs and, after today, I have a good idea about the things I need to change and work on for Sunday’s race.

“Of course, it’s not easy adjusting to less downforce, the braking feels different, but overall it didn’t feel too bad.

“I’m just finding my feet and that makes it important to get everything right. We will see what tomorrow brings but after today I’m feeling pretty good.”