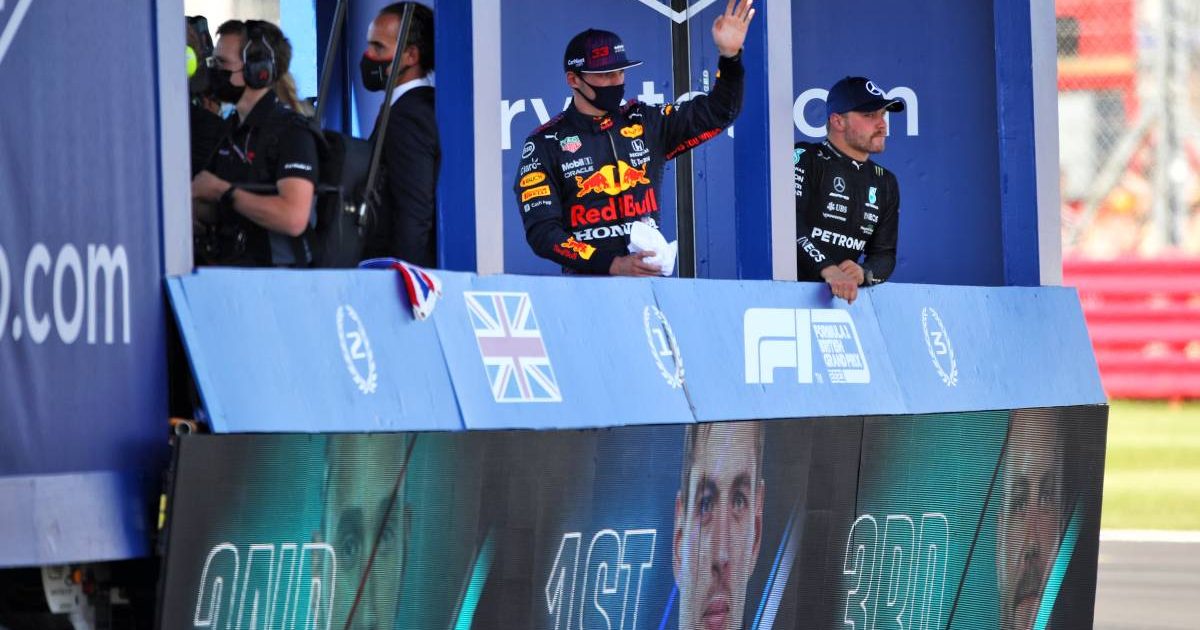 Max Verstappen was unconvinced his victory in British Grand Prix sprint qualifying represented a pole position in the truest sense.

The Dutchman had been outpaced by Lewis Hamilton in Friday evening’s qualifying session at Silverstone and lined up P2 on the grid for the debut of F1’s new innovation on Saturday afternoon.

But from lights out, Verstappen was in control as his Red Bull shot past the Mercedes into the first corner and was never headed thereafter, which means the World Championship leader will be on pole for the grand prix itself.

Not only that, but the 23-year-old’s lead in the Drivers’ title race has already been extended by one more point to 33 thanks to his sprint qualifying success, which came with Hamilton taking second and Valtteri Bottas in the other Mercedes third.

However, there was something that did not sit right with Verstappen about claiming a fourth consecutive pole position in the way he did, for he was all for adopting more of a traditionalist’s view about determining the grand prix grid.

“I think pole position should be deserved over one fast lap,” Verstappen told Sky F1. “That for me is a proper pole position.”

Happy to have scored pole position and three points! The car was on fire 🔥 A great job by our team 💪 I had a good start to the race, a nice fight and we pushed hard. A big thank you to the fans 🙌 I hope we can give them an an exciting battle tomorrow #KeepPushing 🇬🇧 #BritishGP pic.twitter.com/pNpLg4Kn1S

Asked if he had enjoyed the new format, he added: “It was different, I would say. I enjoyed driving on low fuel in a race setting because the car comes more alive and is a lot better to drive.

“Just a bit worried to hear then that you’ve got pole position, because you are racing and then your hear ‘pole position’, so maybe we have to get used to it, I don’t know. That was maybe the weird thing about it.”

The one concern going into the race proper for Verstappen was Red Bull’s straight-line speed – his car was slowest through the speed trap during practice whereas Hamilton was quickest, which could be an issue in the race.

“I could at least gain my time back in the corners because this weekend they [Mercedes] are super-fast on the straights,” said Verstappen. “They run a bit less downforce than us, so we might miss the boat on that a little bit because 80-85% of the straight is flat-out.

“We have to deal with that now and make sure we are quick through the corners tomorrow as well.”