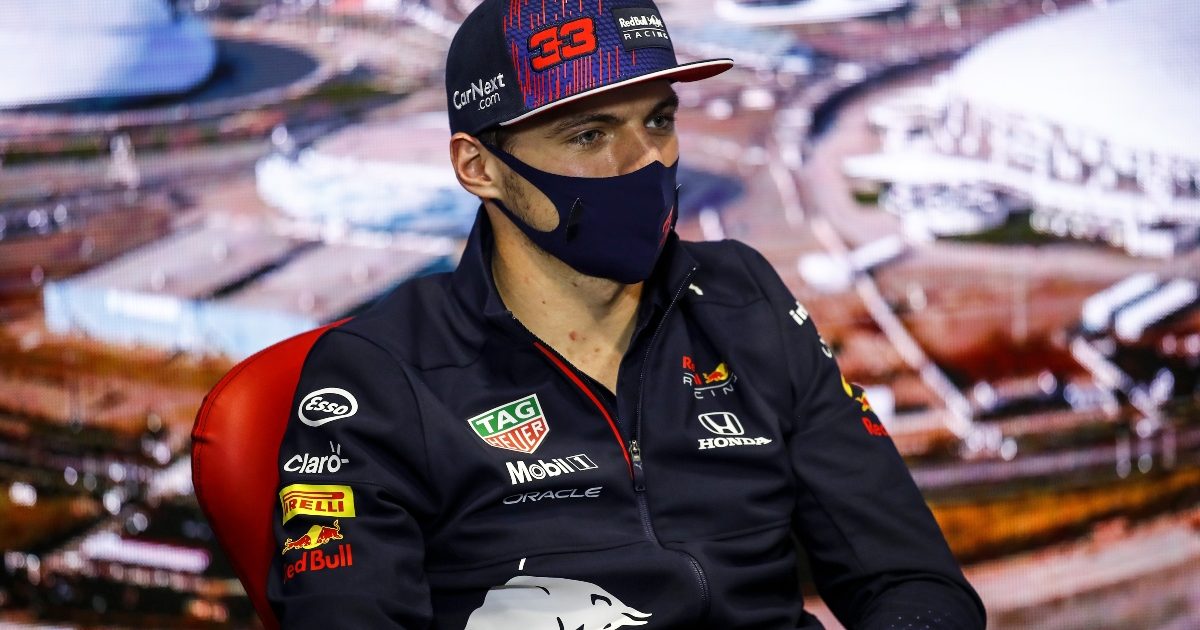 Max Verstappen and Lewis Hamilton are starting alongside one another at the United States GP but don’t ask the Red Bull driver if he’s worried that will lead to a collision.

The title protagonists will line up on the front row of the grid at the Circuit of the Americas, Verstappen having pipped Hamilton to pole position by 0.2s.

But while the Dutchman is chasing his first-ever win at the United States race, Hamilton is after his sixth.

For either scenario to play out though, the duo need to make it through the opening lap without any incidents. That hasn’t always been the case this season.

“Yeah, I hope we’ll make it through Turn One and we get a good race,” said Hamilton. “I don’t think it’s all decided on Turn 1.

“It is all fun and games. We are going to have fun and give it everything as you would expect.

“It is no real difference to any other part of the season.”

Verstappen, sitting in the pole position chair, appeared to take umbrage with the line of questioning.

“Like we always try, as professionals,” said the 24-year-old.

“I don’t see why we always have to keep bringing this up.

How about that for a front row? 🍿

“It’s not like we are the only ones who have touched, you know, in this sport and these things happen, unfortunately, but I think we are on the front row again and everyone is just expecting a great race and that’s what we also expect, I think, as drivers.

“We just want to have a really good race.”

Verstappen and Hamilton have already had one battle to the top of Turn 1 at the COTA this weekend, the duo running side-by-side in Friday’s first practice.

Despite it being a practice session, neither seemed willing to give an inch as they risked a possible collision on Friday.

Verstappen flipped Hamilton the bird and called him a “stupid idiot” but the Mercedes drivers insists he did nothing wrong.

On Friday’s flashpoint between him and Verstappen, Hamilton said: “I didn’t run him wide. He decided to go around the outside and ended up going wide because we were battling into the last corner. It was a silly thing [to do].”

Verstappen will line up on the grid on Sunday six points ahead of Hamilton in the race for the World title.