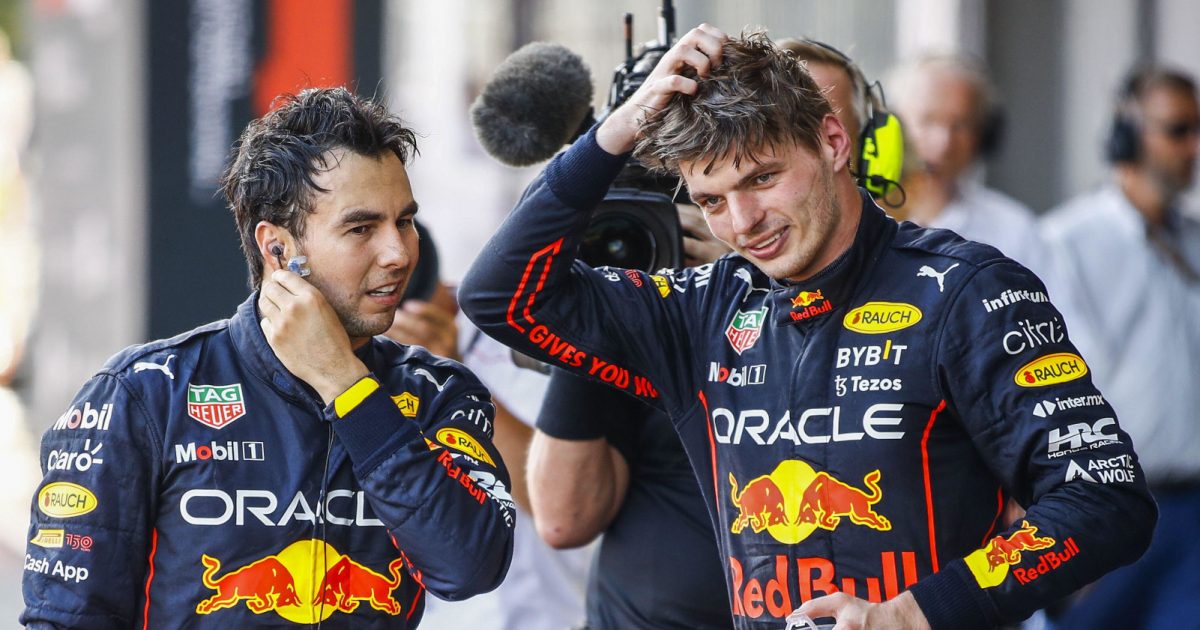 Three races into this season Max Verstappen thought his title chances were “gone”, and that’s why he’s not crowing about his 21-point lead.

Red Bull had a wretched start to this year’s championship as reigning World Champion Verstappen suffered two retirements in three races, his team-mate Sergio Perez also out of the season-opening Bahrain GP.

There was, however, a glimmer of hope as the team focused on Verstappen’s Saudi Arabian win with Christian Horner saying he’d “rather fix a fast car than make a slow one fast”.

But in the standings, at least Verstappen felt, there wasn’t much hope.

His second DNF meant he slumped to a 46-point deficit, the driver not even featuring in the top-five in the standings.

Four wins in the five races since his Melbourne disappointment have seen the tables turn, Verstappen now 21 points up as he leads a Red Bull 1-2.

“Starting the season before we had done any races, you don’t know,” he explained on the latest Talking Bull podcast. “Like it is really maybe we have a good car, maybe we don’t.

“Then it seemed like we had a competitive car so we can be in the fight for the championship but then after retiring two times, and I was 46 or 47 points down.

“I was like, ‘This [title battle] is gone, this is not happening,’ or at least it will take a very long time to catch up, and then basically in three races, as a team we turned it around and both of us are now up there.

“It’s quite satisfying but of course we also know it can also change really quickly right, so we have to be on our toes.

“We have to really focus on not retiring anymore, because the two we have had have been too much.

“It’s been a bit hectic and crazy, the first few races we’ve had so far.”

He overturned his deficit to Leclerc in Spain, taking a six-point advantage as the Ferrari driver recorded his first DNF of the championship.

After Monaco it was up to nine points while Leclerc’s second retirement of the season in Baku, coupled with Red Bull’s 1-2 in the grand prix, means Verstappen is now ahead of his team-mate Perez, Leclerc down to third.

But while the momentum swing is appreciated, Verstappen concedes there is still a long way to go.

“As a team of course we want to win the Constructors’ after being close last year,” he said. “I hope this year we can do it, because he whole team deserves it so we’ll try to have a good shot at it this year.

“And from my side personally I’ll try to win it [Drivers’ title] again.

“We have a good car. Of course it is a very close fight with Ferrari at the moment and it is all about the little details which can make the difference.”