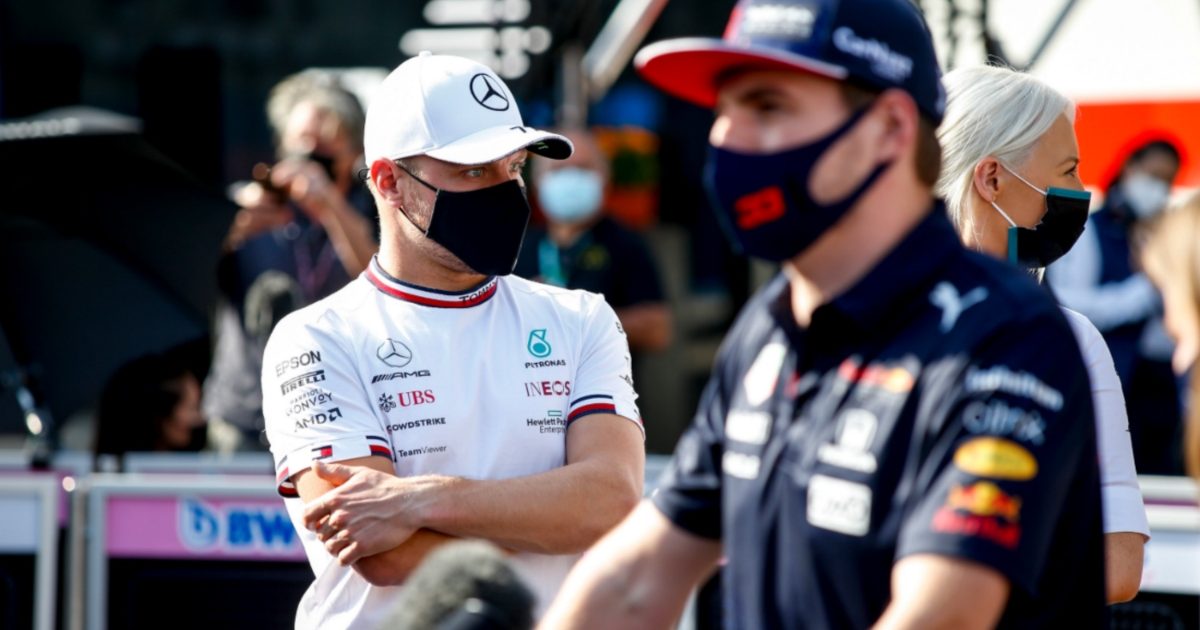 Max Verstappen feels Toto Wolff’s criticism of Valtteri Bottas’ driving at the start of the race in Mexico is “very cheap”.

After starting on pole position, the Finn was unable to stop Verstappen from taking the lead at the start of the Mexican Grand Prix with the Dutchman swooping around the outside at Turn 1.

Afterwards, both Bottas’ team-mate and his boss were critical of the lack of a fight he put up, with Lewis Hamilton saying he “obviously left the door open” for the Red Bull man and Wolff also stating he left too much room.

Pointing to the gap left for Verstappen by Bottas into Turn 1, the Mercedes team principal, speaking to Sky Sports F1, insisted: “That shouldn’t have happened.

“We had two cars in front and seemed to open up the sea for Max to come around the outside.

“And even so, even with the spin afterwards [and] a complete loss of points, it could have been a third or fourth place. It is annoying to say the least.”

What a win and team performance! Simply lovely 🤘 The start made my race and the car was incredible, thank you @redbullracing, @HondaRacingF1 and everybody at the factory 💪 And that passionate crowd, just amazing, congrats on @SChecoPerez his podium 🙌 #MexicanGP 🇲🇽 pic.twitter.com/xtZ5t0iFOe

Verstappen, who went on to win the race with ease to extend his championship lead, has defended Bottas though, feeling the Alfa Romeo-bound driver did not actually do too much wrong.

In fact, he says Wolff’s criticism of his driver is “very cheap” and that he does not know what he is talking about.

“You have to leave room for a car’s width, otherwise he [Bottas] would have received a penalty,” Verstappen told De Telegraaf.

“I don’t know what Toto is talking about. You can easily blame it on Valtteri, but I think that is very cheap.”

The only time Verstappen and Bottas were close to one another on track after the start was when the Finn, a lap down, pitted towards the end to try and steal the extra point for fastest lap from the 24-year-old and caught him while attempting to do so.

Rather than keep pushing to stay ahead or move aside and let the Mercedes unlap himself though, Verstappen slowed down and seemingly deliberately blocked his rival, forcing Bottas to pit for fresh tyres again to finally go purple.

Wolff did not see anything wrong with that though.

“Yeah, it was a bit of playing around,” he said.

“Max was aware Valtteri was going for quickest lap and he then slowed him down, which is absolutely on, he can do that.

“So we went for another set, and that time in free air grabbed that fastest lap back.”