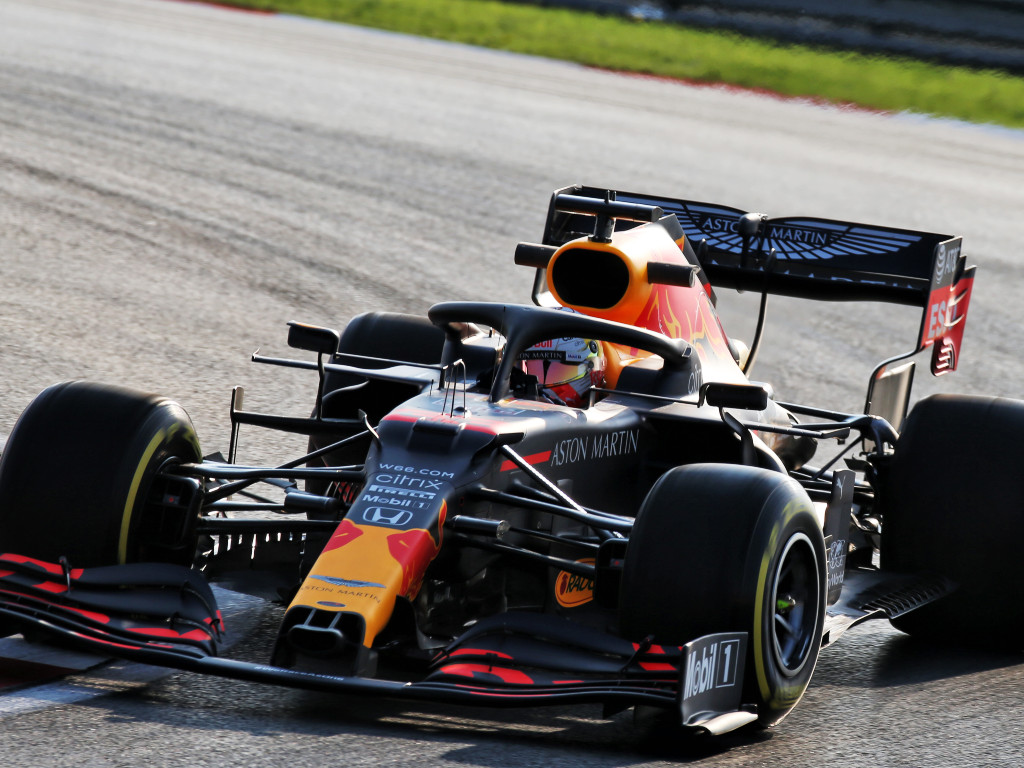 Max Verstappen says the slippery surface at Istanbul Park means nobody is yet driving at 100% performance.

The Dutchman topped both Friday practice sessions ahead of the Turkish Grand Prix, but the biggest talking point was the lack of grip that the newly-laid surface was offering the drivers.

A 1:24.777 is the race lap record that drivers will be aiming for set by Juan Pablo Montoya in 2005, but 15 years later in FP1 Verstappen wasn’t even able to get into the 1:34s, yet that was enough for him to top the session.

In FP2 he improved to a 1:28.3 to finish fastest again, but Verstappen said the lack of grip means all the drivers are “miles off” their ultimate pace.

“But I think overall for us it was quite a positive day, the car was working quite well so pretty happy with that.

“It can’t get any worse basically, than the start at FP1, so we are still miles off, it’s still like driving on ice.

“Worse than Portimao by far, but at the end of the day it’s the same for everyone so we just have to adapt to it.

“I hope it’s not going to rain because then it will be properly like driving on ice, so maybe we have to switch to spikes or something on the tyres, that would be quite interesting.”

The track had been cleaned overnight, and Verstappen is keen to raise that subject in the driver briefing to stop it happening again.

“Yeah, let’s not do that again,” he said with a smile.

“I think we’ll talk [in the driver briefing] about why the tarmac is so slippery, I think we’re still like five seconds off of what we should do.

“But like I said, same for everyone, and we’ll deal with it.”

The track did begin to rubber-in somewhat during FP2, but Verstappen said the issue couldn’t be solved simply by using softer tyres.

“No not really. I mean we did go a bit faster already from a hard to a soft, but it’s just the grip on the tarmac,” he said when the question was posed to him.

“For sure you can stick even softer tyres on but they will then grain to death so that’s not the solution.

“I hope it’s going to evolve of course, I’m sure tomorrow Mercedes will get it together, but first today was very positive.

“It means also the prep we did to get here was not too bad, but then also reacting to the conditions we did it well today already in FP1.

“So I just hope we can have a competitive qualifying and then the race you never know what’s going to happen.”