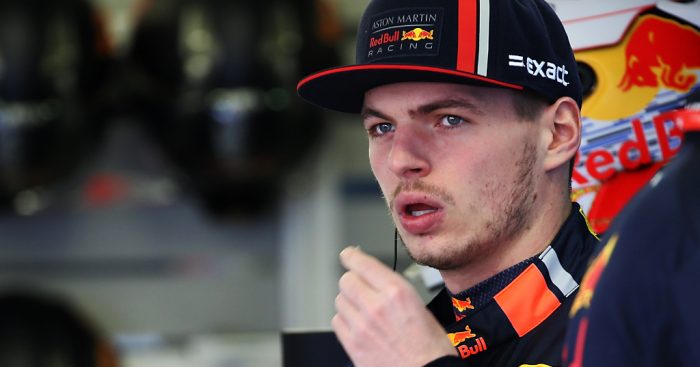 Max Verstappen said he “can’t really tell” where he and his team are in terms of pace due to Friday’s constantly changing conditions.

The Red Bull driver didn’t set a time in a wet FP1 before finishing FP2 in P3 as conditions dried up, behind the Ferraris of Sebastian Vettel and Charles Leclerc.

“It was a bit of a messy day with the weather and I think it’s not really representative with the temperatures,” Verstappen said after the session.

“I think we just have to look at the positives that the car is working well. Of course, there are always things you can improve but it’s a positive start.”

The Dutchman is hoping that he and the team will be able to make the most of a completely dry FP3 to figure out where they stand.

“We’ll start over again tomorrow because the weather will be different,” he added.

“I can’t really tell where we are exactly but also I don’t really think it matters a lot because tomorrow will be different.”

Alex Albon meanwhile had a mixed day, topping FP1 but also retiring from it after crashing, and he put his mistake down to the conditions.

“Just a cold track obviously and you just tip-toe around and lose brake temperature, so that’s pretty much what happened,” Albon said of the incident.

“I went to brake but there was nothing there. If you do it again it’s like you almost have to push harder, it’s not easy to tell yourself but it’s one of those things and it happened on the worst part of the track.”

The Thai driver’s crew managed to repair his car in time for FP2 and he finished it in P9, just under a second slower than Verstappen.

“I had a flat spot straight away on the option tyres and that was that really, so we’ll have a look and we’ll try and get a good idea for tomorrow.”