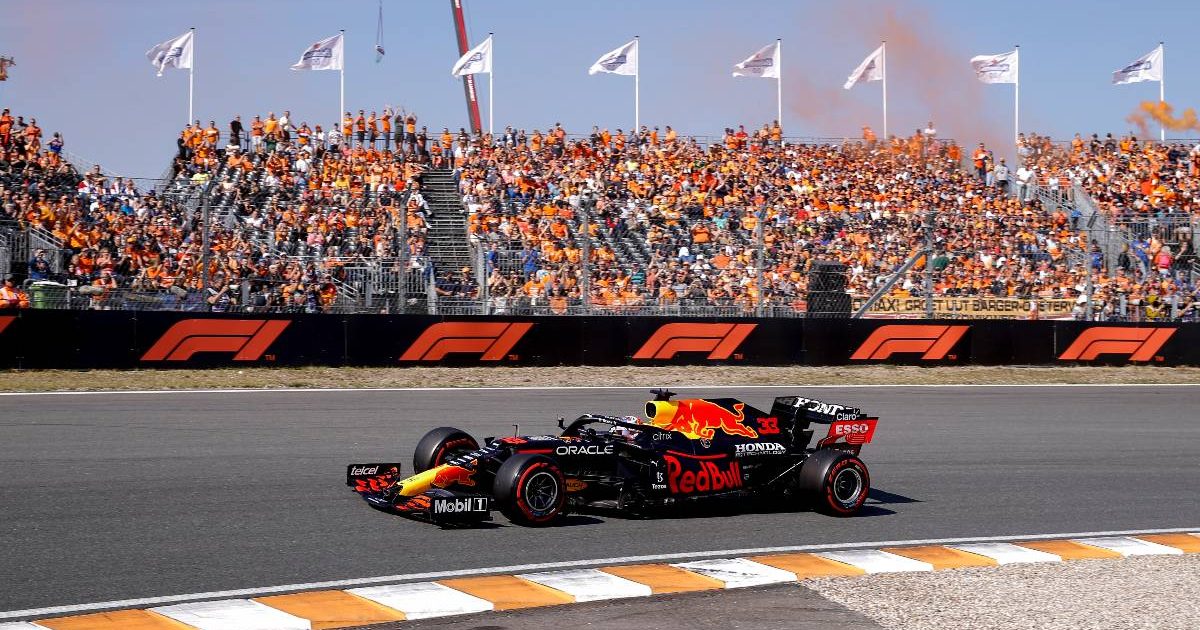 Max Verstappen was not aware he had a DRS failure during Q3 at Zandvoort, but knew a double shift had cost him time.

The Dutchman was on fine form in front of his home crowd, soaking up the pressure to claim pole position for the Dutch Grand Prix.

Ultimately it was a very fine margin back to title rival Lewis Hamilton, who joins Verstappen on the front row after a fastest Q3 time which was only 0.038s shy.

For multiple reasons though, it seems Verstappen had more pace left on the table.

Firstly, Red Bull team principal Christian Horner revealed DRS had not activated correctly on Verstappen’s RB16B down the straight, costing him 0.10 to 0.15s.

But as it turned out, the 23-year-old was not even aware of that.

He went on to reveal a separate issue though, explaining he had suffered a “double shift” after hitting a bump.

Asked by Motorsport.com if the DRS flap had remained closed on his Red Bull purposely or if there was an issue, Verstappen responded: “Is that so? I don’t know.

“Out of Turn 3 it was quite bumpy and I had a double shift. So I was two tenths up on my lap and I lost like one-and-a-half tenths all the way to Turn 7.

“You also use more energy because you’re a gear higher. So I derated as well. I don’t know, I need to check.”

Verstappen had already been enjoying the reprofiled Circuit Zandvoort since the race weekend started, but when the fuel came out for qualifying the feeling then became “incredible”.

The fans were also very much playing their part in the fantastic experience for Verstappen.

“[The track] was already a lot of fun, I have to say, from FP1. But in qualifying, of course, when you go very low fuel, it was incredible,” he said.

“Especially sector two was really enjoyable to drive. Even the banked corners. Okay, the last one is flat. Still, it’s a nice sensation. It’s been really incredible.

“And then of course, driving at home with all these fans, they were going crazy every time I was crossing the line. So to have pole position here is very satisfying.”