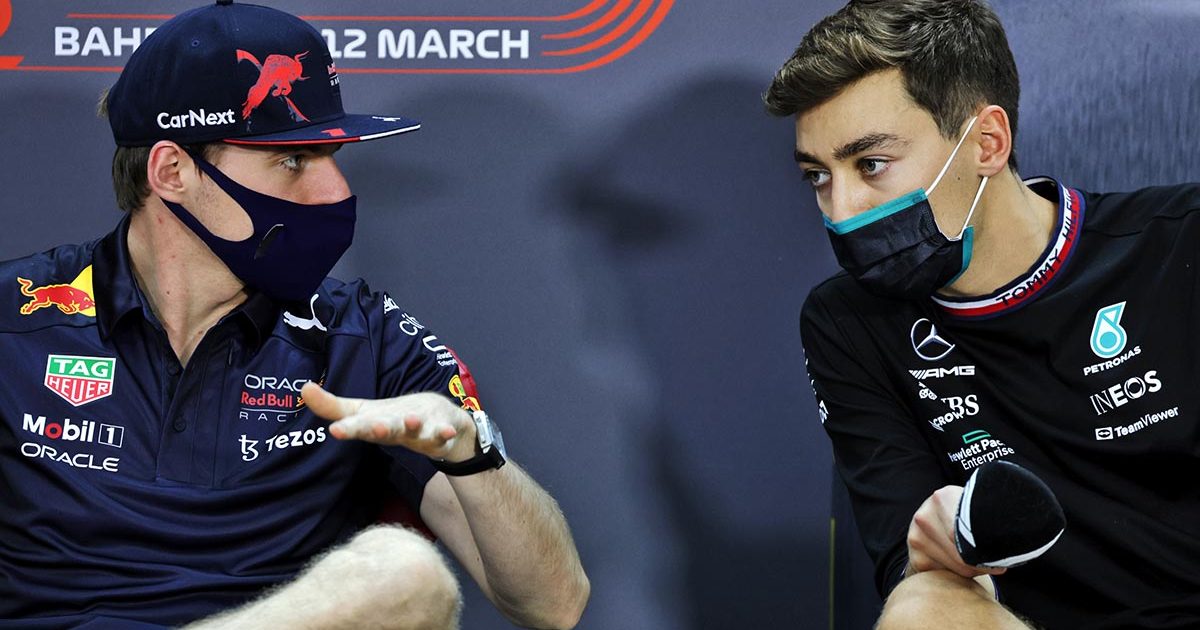 Max Verstappen has characteristically declared himself “not worried at all” about Mercedes’ “extreme” latest design of the W13.

On the first morning of official testing in Bahrain, the absence of sidepods on Mercedes’ 2022 car was the big talking point as Formula 1’s motorsports managing director Ross Brawn described it as a “very extreme interpretation” of the sport’s new regulations.

Reports have suggested this design of the W13, which Red Bull team principal Christian Horner has been quoted as saying has “some parts that are not legal”, could have generated time gains of up to a second per lap.

But unlike his boss, Verstappen is not prepared to spend time discussing the validity or otherwise of a rival challenger and, in a press conference at the Bahrain circuit, stuck to his usual line of focusing only on what directly affects him.

Asked if he was worried by what the Mercedes might be able to achieve, the World Champion said: “No, I’m not concerned. We can only focus on ourselves.

“I said this so many times last year and we have to do it again this year, even if the cars look a bit different.

“There are so many unknown things, what we need to learn about, so I’m not worried at all.”

Verstappen’s press conference was his only official commitment on the opening day of testing, for his team-mate Sergio Perez took the wheel of the RB18 for the full day – just over a week before the duo will tackle the opening practice sessions of the 2022 campaign.

With each driver limited to one and a half days of the three allocated for testing at the Sakhir venue, the Dutchman will be in the car for the whole day on Friday.

Running time, rather than outright pace, was the “priority” for Verstappen, he insisted.

Asked what Red Bull hope to take away from the Bahrain test, the 24-year-old said: “Laps, to understand the car more.

“I think that’s the main priority, just trying to understand what you need from the car, try different things on the car in terms of set-up, also for other tracks, if you have issues, what kind of direction you need to go into. It’s all about that really.”

Perez completed 69 laps in the opening four-hour session – more than any of the other eight drivers, with Haas having to sit out the morning due to freight having arrived late.

The Mexican set the fourth fastest time, 1.7 seconds behind pace-setter Charles Leclerc but with the Red Bull on the C2 tyres to the Ferrari’s C3s.