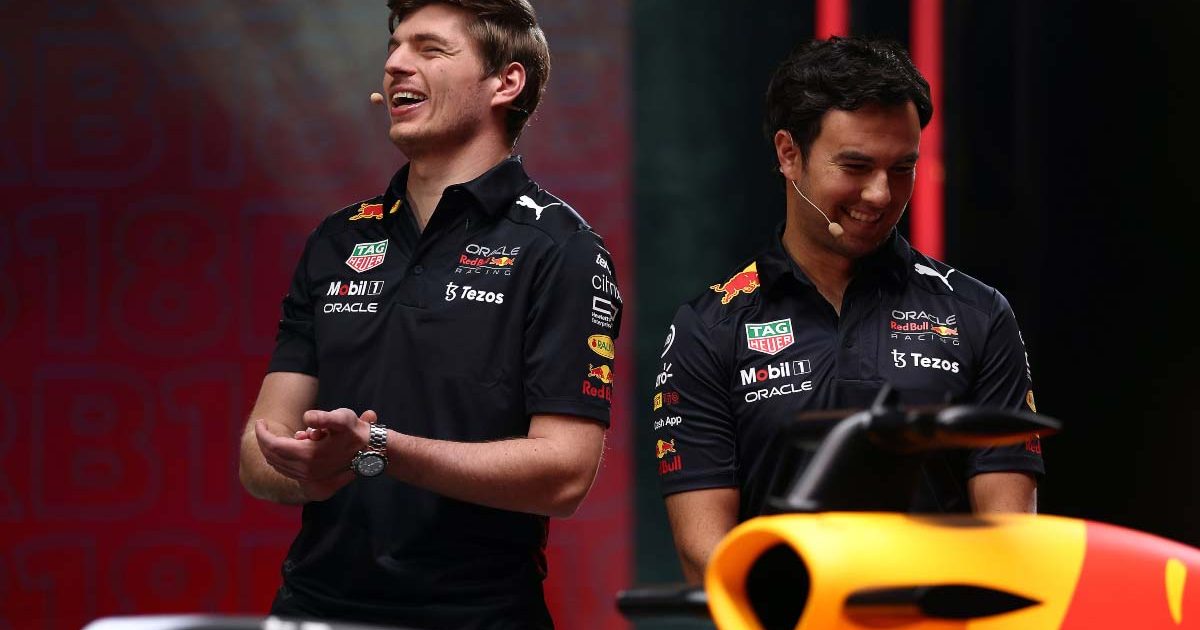 Max Verstappen expects the biggest change in driving the 2022 cars to be having lower visibility with the larger tyres coming in for this season.

He is not the first driver to say this change will make finding the apex of a corner more “tricky” to begin with, after Pirelli’s move to 18-inch wheels from their 13-inch predecessors, with Sebastian Vettel having expressed similar concerns.

The teams and tyre manufacturer tested the new structures and compounds extensively throughout 2021, but the tyres are just one of a raft of changes introduced for 2022.

Verstappen admitted “a lot is unknown” ahead of the season, with the teams’ designers having had effectively a clean slate from which to work to get their new cars ready for Formula 1’s new beginning.

The Red Bull driver is excited to get going again and feels he will adapt to driving the new car quickly, but the tyres may cause an issue to begin with.

What do we think of the look of the RB18, then? #F1 pic.twitter.com/mV64kjkZMB

“I’m just looking forward to getting back in the car and start driving to see how everything is handling,” Verstappen said at the car launch.

“A lot is unknown about the car. I really don’t know what it will feel like. I haven’t really driven it too much [in the simulator].

“For me, actually the biggest thing is the view in the cockpit with these big tyres. To hit an apex in some tight corners is a bit more difficult.

“The driving, it just feels like the car has a bit less grip but you will get used to that – that’s why we have the practice days, you can get used to the sliding and locking and stuff like that.

“But I think it should be fine. It’s just a bit more getting used to the view in the cockpit. Of course we are running bigger wheels but also the tyres increase, so that will make it a bit more tricky.”

Verstappen added he is feeling well after a winter away from the sport, and has done what he can to get himself in the best possible shape for the new campaign – although he admitted it will take time for him to adapt to his new surroundings in the cockpit.

“Personally, I feel good and what is important is you prepare yourself in the best way physically, but in terms of the car you don’t know,” he said.

“That’s why I’m also very curious to see how the car is behaving on track.

“There is no reason to suddenly be different. Of course, as a driver, now it’s the new regulations, you have to get used to the car. It’s not like you just jump in and it’s an upgrade from last year, so that will be the biggest adaptation. But the rest I think is pretty straightforward.”