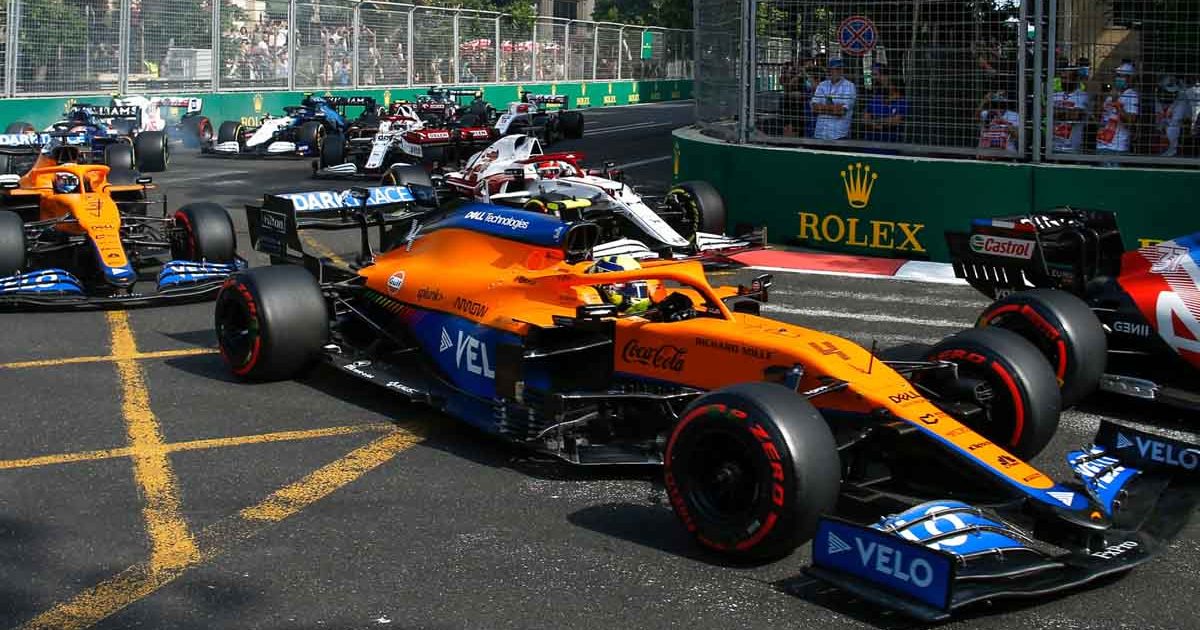 Andreas Seidl was happy to limit the damage that could have occurred in McLaren’s Constructors’ Championship battle against Ferrari in Baku.

Lando Norris and Daniel Ricciardo’s cars were not on the pace of Ferrari in Azerbaijan, with a Q2 exit for Ricciardo and a poor start from Norris leaving both cars out of the points-paying positions on the first lap – whereas Charles Leclerc, who feels McLaren still have more pace to unlock from their car, led from the start in his Ferrari.

In all though, the Scuderia still overtook McLaren in the Constructors’ standings but only earned four more points than their rivals – which Seidl was able to take as a positive from the afternoon.

“If you start P9 and P13 and are after the first corners P12 and P13, then finishing P5 and P9 – just one position behind each [of] the Ferraris – it is clearly damage limitation,” team principal Seidl said.

“In the end, we need to finish higher up on Saturday, then our Sundays are a lot easier because I think we had the pace [to run] further up the front.

“But as soon as you were in the train, there’s not a lot you can do. Again, a good job from both drivers and the team to keep their head calm in a tricky race.

“So we are pretty happy we only lost four points to Ferrari, which was a good outcome after a disappointing Saturday.”

The only driver on the grid to have scored points in every race this season.

If McLaren had managed to get over their qualifying gremlins, however, Seidl would have wanted to see how the two teams stacked up against each other if they were battling wheel to wheel in Baku.

“But in the end, it doesn’t count. We need to get it together on Saturday and Sunday and that’s what you have to work for. Then you get the results you deserve as a team, and that’s our focus.”