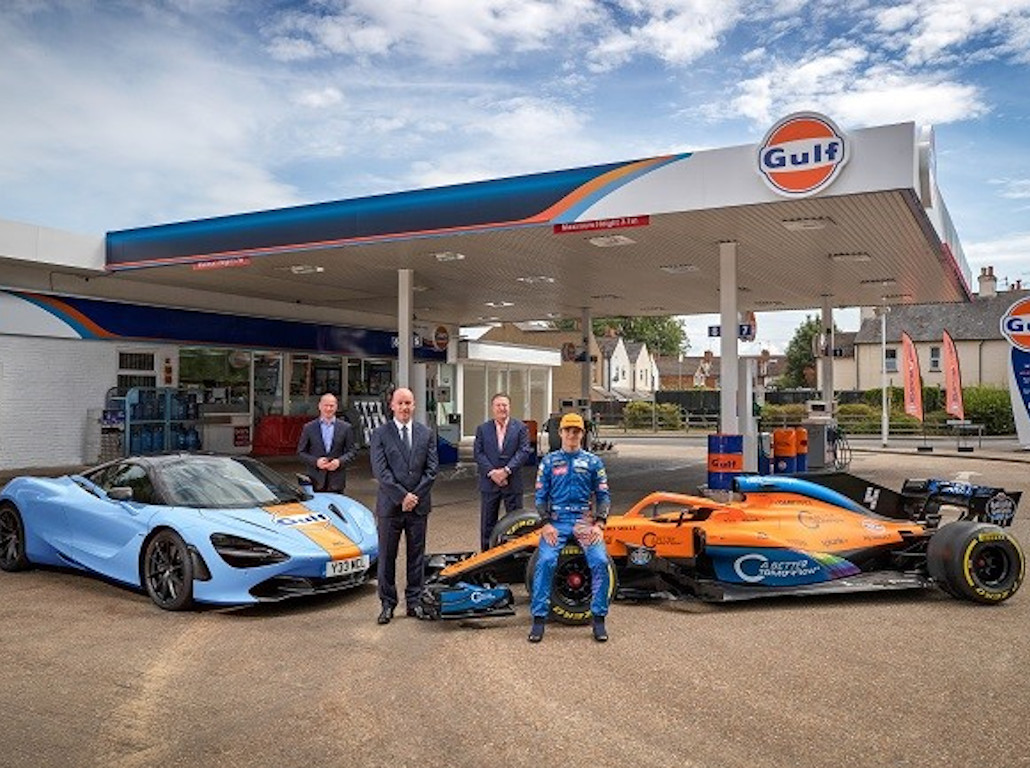 Gulf Oil is back in Formula 1 having signed a new multi-year strategic partnership with the McLaren Formula 1 team.

The iconic Gulf Oil brand has linked up with McLaren in the past.

The first stint was between 1968 and 1973 in both Formula 1 and Can-Am before they again joined forced at the Le Mans 24 Hours in the 1990s with the famous McLaren F1 GTR running in Gulf colours throughout the decade.

The new multi-year partnership with Gulf begins at this weekend’s British Grand Prix.

From 2021, Gulf will become the preferred lubricant supplier to McLaren Automotive, with all cars to be filled with Gulf Oil and fuel optimised for high performance engines.

McLaren Racing is delighted to announce a new multi-year partnership with @GulfOilIntl, bringing together some of the best engineering minds for great future innovation. #GulfXMcLaren

McLaren chief Zak Brown said: “We’re delighted to welcome Gulf back to McLaren and reunite two iconic brands back together in a new and exciting partnership.

“Gulf is part of McLaren’s history and are well-known for their innovation and technical excellence in the industry, with which aligns with McLaren perfectly.

“We are looking forward to starting our partnership together this season.”

To launch the partnership, the Gulf brand will be integrated into the McLaren Formula 1 team from the 2020 British Grand Prix 2020.

The logo will be represented by McLaren F1 personnel throughout the season, including via race drivers Lando Norris and Carlos Sainz and the McLaren pit crew.

Mike Jones, the CEO of Gulf Oil, added: “This is a very exciting partnership that brings the Gulf brand back into elite motor racing.

“The history books are full of remarkable tales that tell of what Gulf and McLaren have achieved in the past. Now we are together once more to write the next chapter of this unique partnership.

“We’re proud to be working alongside a brand that shares our future aspirations and our ambition for innovation both on the road and on the track. We look forward to working together and developing both Gulf and McLaren’s class-leading capabilities further.”