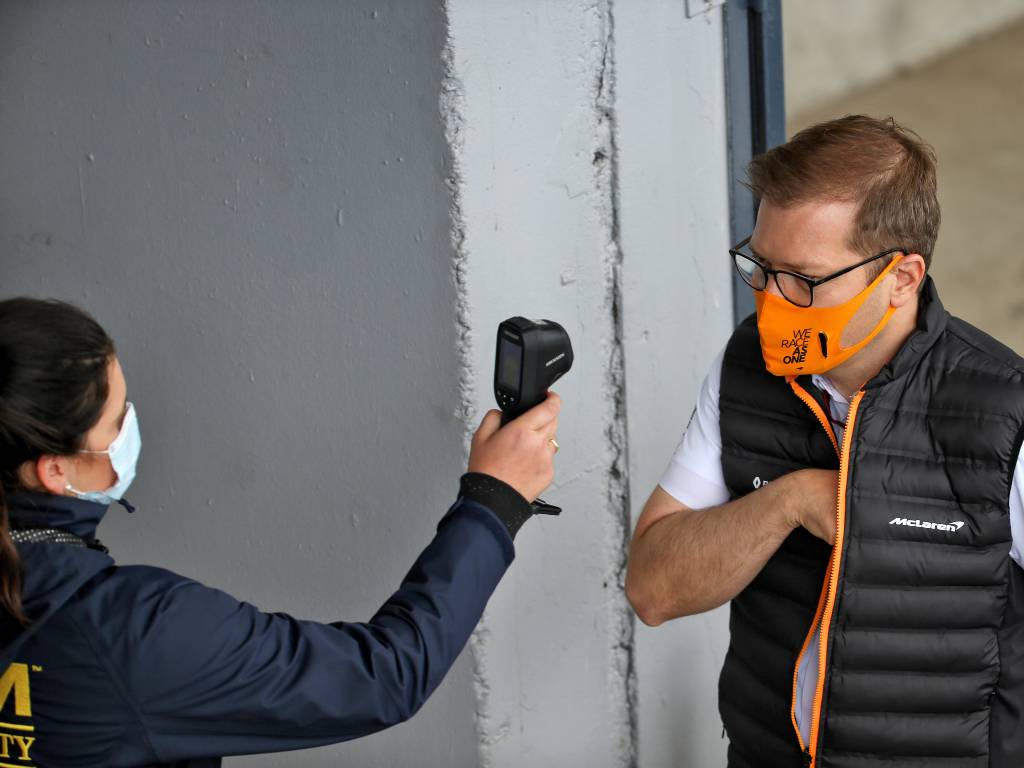 Andreas Seidl has revealed McLaren are taking every precaution to ensure COVID-19 does not cost them a third-place finish in the constructors’ World Championship.

The battle to be ‘best of the rest’ behind Mercedes and Red Bull continues to intensify with Renault now having moved ahead by one point from both McLaren and Racing Point.

It’s a situation where nothing can be left to chance by any of the teams with four races of the season remaining, especially as COVID-19 cases remain at, or near, record levels throughout the European public.

Both Racing Point drivers have missed a combined three races between them this year due to illness, while Mercedes staff reported a positive test at the Nurburgring and Williams are sending some normally factory-based staff to the Turkish Grand Prix as track personnel are having to self-isolate.

McLaren team principal Seidl thinks the standings are so close that a positive COVID test could even make a difference to the final order.

“Our people are extremely disciplined and the team does a great job. But of course you also need luck. It’s so easy to get infected and a lot of things in hotels or airports are beyond our control.”

To our amazing Turkish support…

We're sorry you won't be able to cheer us on at track this weekend but your incredible online support continues to spur us on. 🇹🇷👊 #TurkishGP

Seidl elaborated upon what exactly McLaren have done to minimise the risks, including setting up a one-way system in their Technology Centre.

“People in the factory can never meet,” said the German. “When the shift changes, we avoid overlapping the two shifts. One shift finishes, then there is a break and the next shift starts a little later.

“The big meetings like the speech after every race in front of the team have been cancelled. We are now doing that on digital platforms.

“We have a pool of people who are on call at home – former members of the racing team or those who work in vehicle construction.”

Seidl also revealed what would happen in the event of either, or both, of Lando Norris and Carlos Sainz having to miss a race – namely that Stoffel Vandoorne would step in.

“In an absolute emergency, we would have a seat ready for Paul di Resta too,” he said, with the Scot usually on hand at a circuit due to his TV commitments for Sky Sports.