Home News ‘Customer cars should be donated, not sold’ 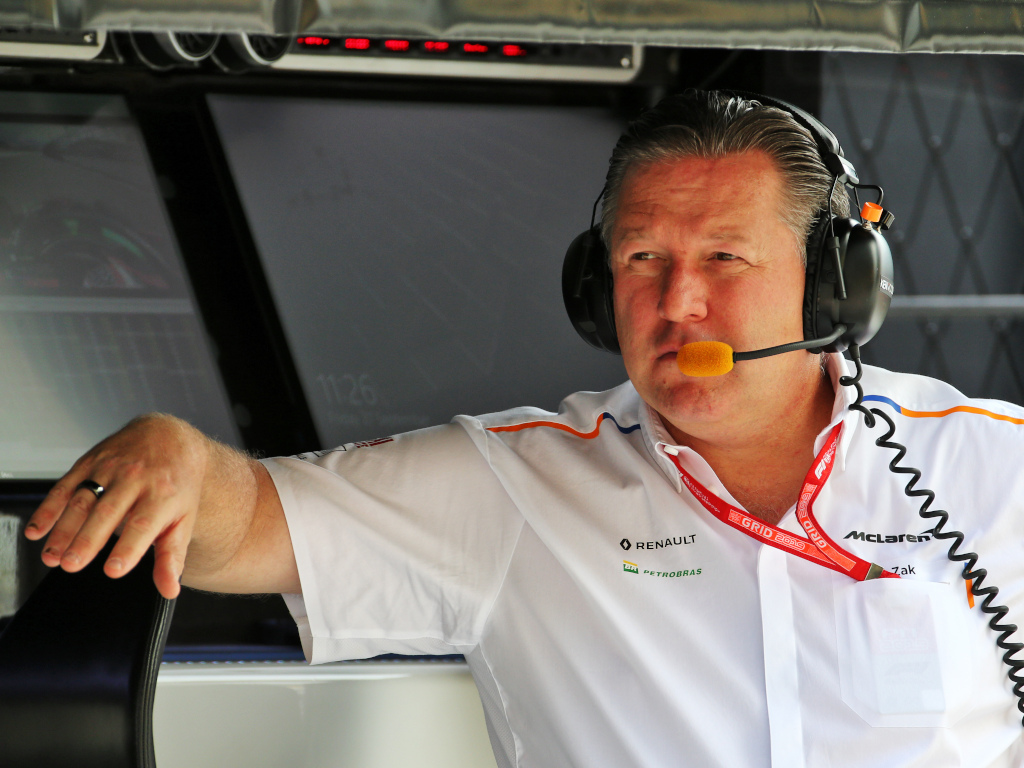 Zak Brown says if F1’s big teams genuinely want to help the smaller ones by supplying customer cars, they should be handed over for free.

McLaren chief Brown is one of the biggest advocates for a reduced budget cap, even pushing for one as low as $100 million.

Red Bull and Ferrari said no.

Instead both teams proposed that those struggling financially could buy cars from them with Christian Horner saying it is also the “the fastest way to competitiveness at a cost-effective route”.

“Plus, if they get the race team together, they could win races. We proved that with Toro Rosso and Sebastian Vettel when we were supplying them effectively a customer car back in 2008.”

The customer cars, though, would be the ones that the likes of Red Bull and Ferrari raced at the previous year’s season finale.

Brown is not a fan of the idea, saying the only way he would support it is if those customer cars were “donated”.

“I would say if we went that direction – because those customer cars, a year-old car gets kind of thrown away – then I’d be advocating that they should donate those cars if they really want to,” he said to Motorsport.com.

“There’s no cost to them.

“They’ve got all the stuff they’ve done, the R&D, they have the spares, then they should give it to their customers and not charge them.

“That wouldn’t be costing them money.

“And then if they really have the intention of saving money from the customer teams, give them the car.”

The American added that he believes customer cars go against the DNA of what makes a Formula 1.

But then again he also believes copying other team’s cars, such as what Racing Point has done this season, falls into the same category.

“You know I’m not a fan of customer cars. Everyone talks about the DNA of Formula 1, and that is, people being their own constructors,” Brown said.

“I think people have pushed the boundaries on that recently, where they may have built their own car, but they built someone else’s car. I think that’s something that needs to be addressed.

“If it’s about cost and that’s their solution, then I think it’s a band aid solution, because when you come out of then allowing customer cars, then you’re right back to where you are.

“The new normal is not going to be what the old normal was, so it feels to me like a band aid fix.

“It may solve the problem for a year or two, but then we’re right back to where we were.”