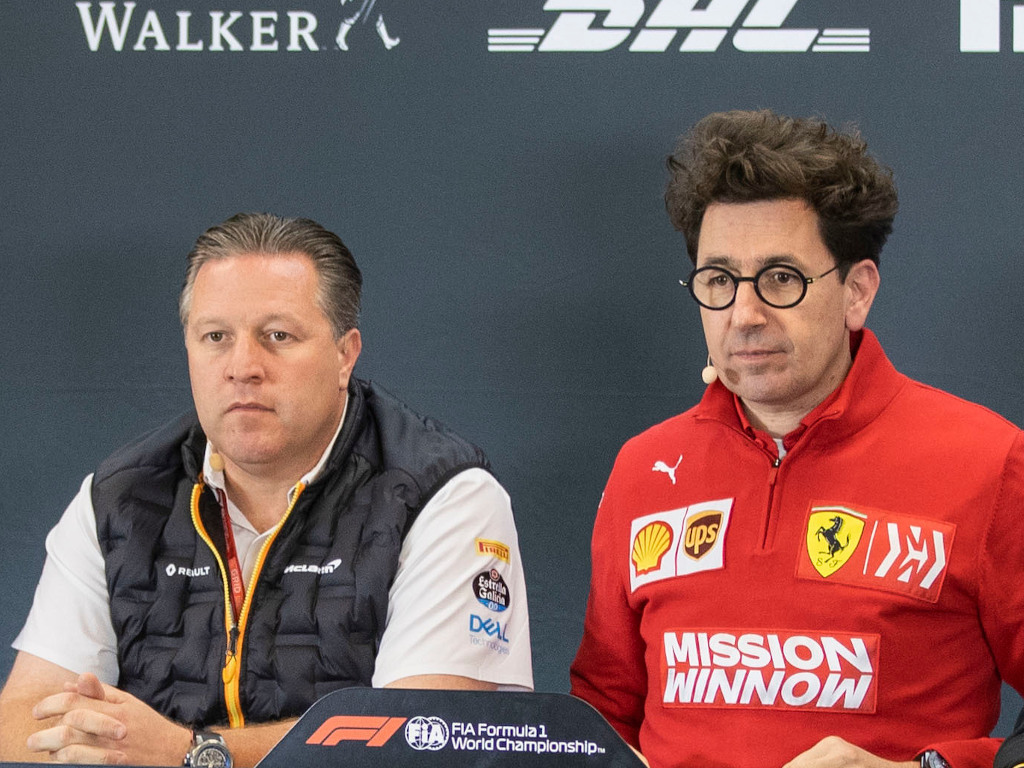 With Ferrari pushing back on the lowering of the budget cap, Zak Brown has warned their stance does not “accurately reflect what I think is reality”.

Earlier this week Ferrari team boss Mattia Binotto made it clear to The Guardian newspaper that the Scuderia is not in favour of dropping the budget cap lower than the agreed $150m.

“The $145m level is already a new and demanding request compared to what was set out last June,” he said.

“It cannot be attained without further significant sacrifices, especially in terms of our human resources.

“If it was to get even lower, we would not want to be put in a position of having to look at other further options for deploying our racing DNA.”

But with rival teams struggling to keep their heads above water, and many of the UK teams – including McLaren – furloughing staff with top management and drivers taking pay cuts, Brown says Formula 1 has to take a chance.

“We are in a situation where if Formula 1 goes by its old habits, we’re all at extreme risk for the future of F1,” the McLaren chief told Motorsport.com.

“And I think if we think forward and get with the times, we can not only survive what’s going on right now, but I ultimately think the sport can can thrive and we all win.

“I’m all for a good healthy debate. But I think the comments that I’m being seen put forward don’t stack up, contradict themselves, and don’t accurately reflect what I think is reality.”

As for Binotto saying “this is not the time to react in a hurry”, Brown says it is exactly that time.

“I’m almost at a loss of what you say to that,” he said. “I think we all recognise that in modern times we’re going through the biggest crisis the world has seen.

“You have countries shut down. You have industry shut down, and to not be in a hurry to address what’s going on, I think, is a critical mistake. It’s living in denial.

“I think you would find pretty much every president or prime minister or CEO around the world is operating in a hurry to tackle this issue head on.”

The CEO is hopeful that Liberty Media and the FIA will back McLaren, and others teams, cries for a lower budget cap.

“Ultimately that’s one for the FIA and F1 to stand behind,” he said, “but I don’t believe they can hold back if there’s enough of alignment and veto, if you’d like, over what’s being proposed.”