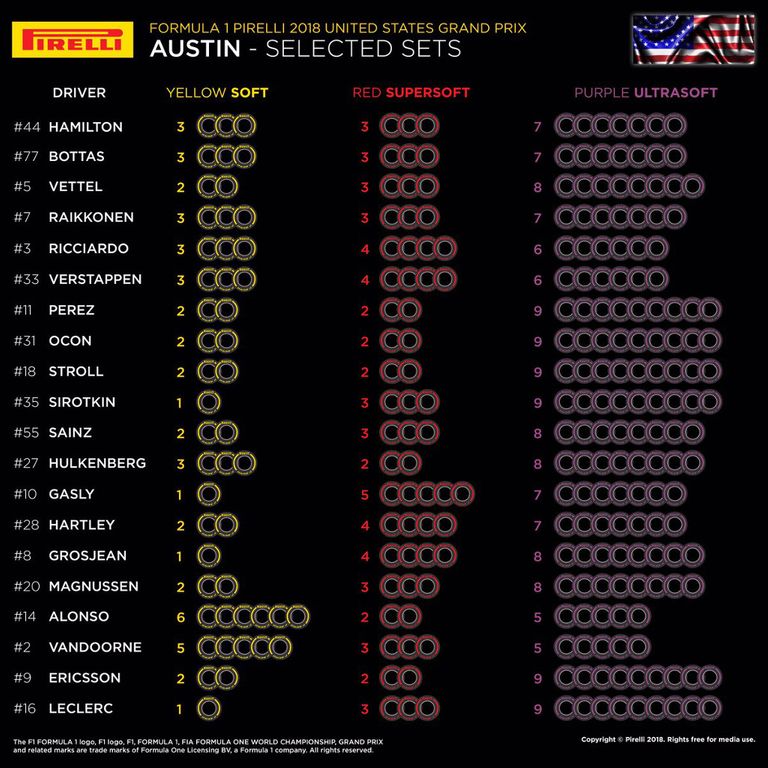 Pirelli has unveiled teams’ tyre selections for the upcoming United States Grand Prix with neither title protagonist going all in on one compound.

Formula 1’s tyre supplier has made the ultrasoft, supersoft and soft compounds available for the race at the Circuit of the Americas.

The Brit could wrap up the World title on the Sunday, he only needs to win and have Sebastian Vettel finish third or lower.

As for Vettel, he’s gone with eight ultrasofts, three supersofts and two softs.

Check out the boots selected by the #F1 cowboys for the Austin rodeo! #USGP
👉 https://t.co/yxd9yHOBrc pic.twitter.com/eqTBTw1dQc