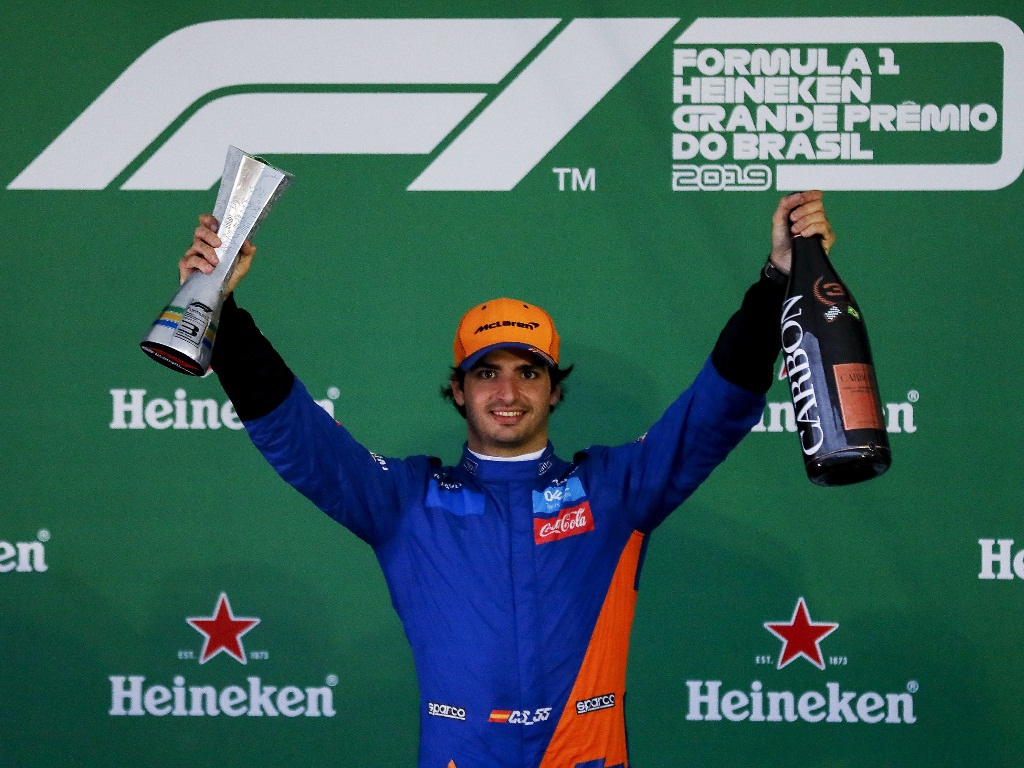 McLaren are celebrating the team’s first podium result in 2,072 days after Carlos Sainz raced from 20th on the grid to third at the Brazilian Grand Prix.

Sainz failed to set a lap time in qualifying at the Interlagos circuit, his MCL34 suffering an ignition wiring problem.

Set to start the grand prix from the very back of the grid, McLaren fitted his car with a brand new power unit that Sainz put to good use.

The Spaniard was up to 15th place after the first lap and, 70 laps later, crossed the lined in fourth place.

That became third when Lewis Hamilton was penalised for crashing into Alexander Albon.

Sainz made a belated visit to the podium, trophy and champagne in hand as he celebrated his maiden F1 podium.

“We woke up this morning after a difficult Saturday with a clear commitment to never give up and fight back,” said team boss Andreas Seidl.

“The achievement this year together with the podium today is the perfect motivation for all of us to keep working hard in order to score podiums again in the future for McLaren based on our own outright performance.”

🏆🍾🇧🇷 From P20 to P3!!
I have never expected my first @F1 podium to be like this. I am extremely happy! Thank you to the whole @McLarenF1 team & everyone involved!!@EG00 #carlossainz #Smoothoperator pic.twitter.com/WOvF82VLHM

McLaren clinched fourth place in the Constructors’ standings with Sunday’s result as they are 49 points clear of Renault with a maximum of 44 still in play.

CEO Zak Brown added: “Our first podium since Australia 2014 and P4 secured in the championship.

“Great teamwork today and all season. Our best result since 2012.

“Thank you to every single one of our people, our superb drivers and our incredible fans.”