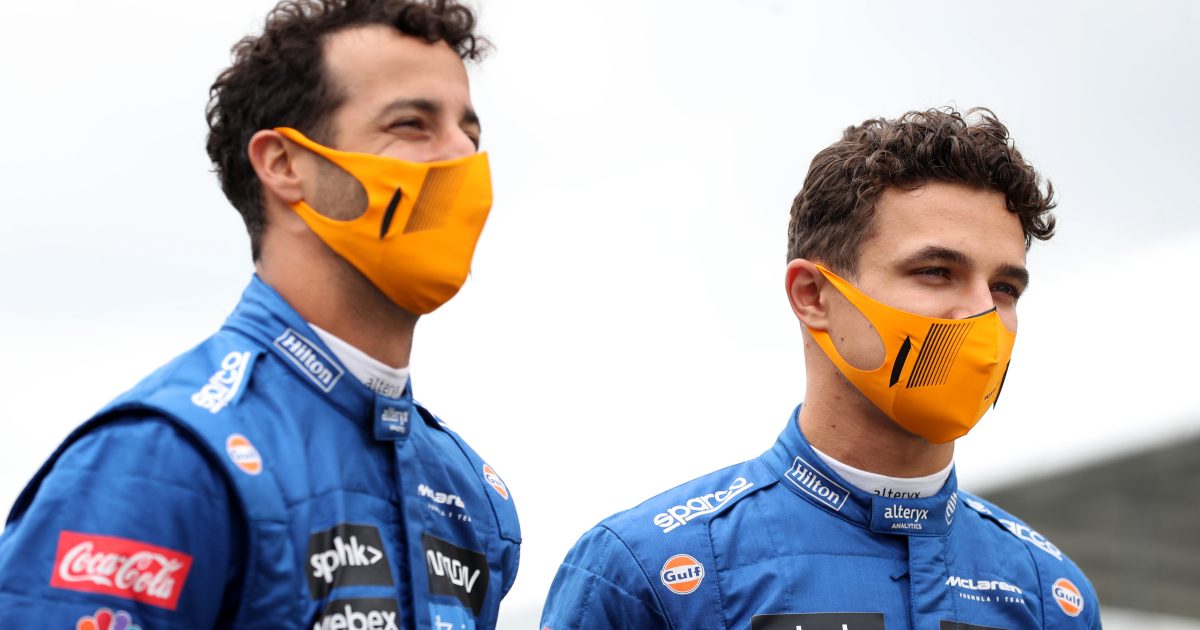 Daniel Ricciardo says neither he nor Lando Norris will throw in the towel as McLaren try to hold onto P3 in the Constructors’ standings.

While a large part of Formula 1’s focus has been on the battle at the very front of the grid this season, the title race between Max Verstappen and Lewis Hamilton, behind them has been an on-going and enthralling fight for third.

McLaren and Ferrari have been neck-and-neck this season with the two teams tied on 163 points as Formula 1 entered its summer break.

Ferrari have been playing catch up since but catching up is exactly what they are doing, the gap down to 3.5 points heading into round 18, the Mexican Grand Prix.

Ricciardo reckons fans will be treated to yet another close fight between the orange team and its red rival, but at this moment in time he has no idea who will have the upper hand.

“Every race now, we’re going to get… the same challenge,” he said as per the official F1 website.

“It’s really a duel for that third in the Constructors’.

“Ferrari got a few points on us in Austin, but I think we certainly put up a good fight, and I think you’ll probably see that again here.

“On paper, I don’t know how this track will suit us. I think it will be actually pretty decent, but who knows?

“Generally they have a good package, so we’re going to have to work for it every weekend till the end now, but looking forward to it. It’s nice to have these battles.”

His team-mate Norris is also enjoying the tussle, adamant McLaren will do everything they can to hold onto P3.

“It’s tough, it’s hard to know where you’re going to be every weekend, because it’s always generally been really close [with Ferrari], even since the beginning of the season.

“It’s not like we’ve run away with it at any point, it’s always been close since the beginning of the season.

“We’re working hard, everyone back in the factory’s working hard to try and find these last little things we need for the rest of the season.

“But Ferrari are strong; you’ve got to give it to them, they’ve come on very strong this second half of the season, and especially these last few weekends.

“So we’re putting up a fight and we can definitely bring it to them till the end, so that’s the plan.”

With five races to go, Norris is P5 in the Drivers’ Championship, a point behind Sergio Perez and 21 ahead of Charles Leclerc. Ricciardo is P8, 44 points behind his team-mate.