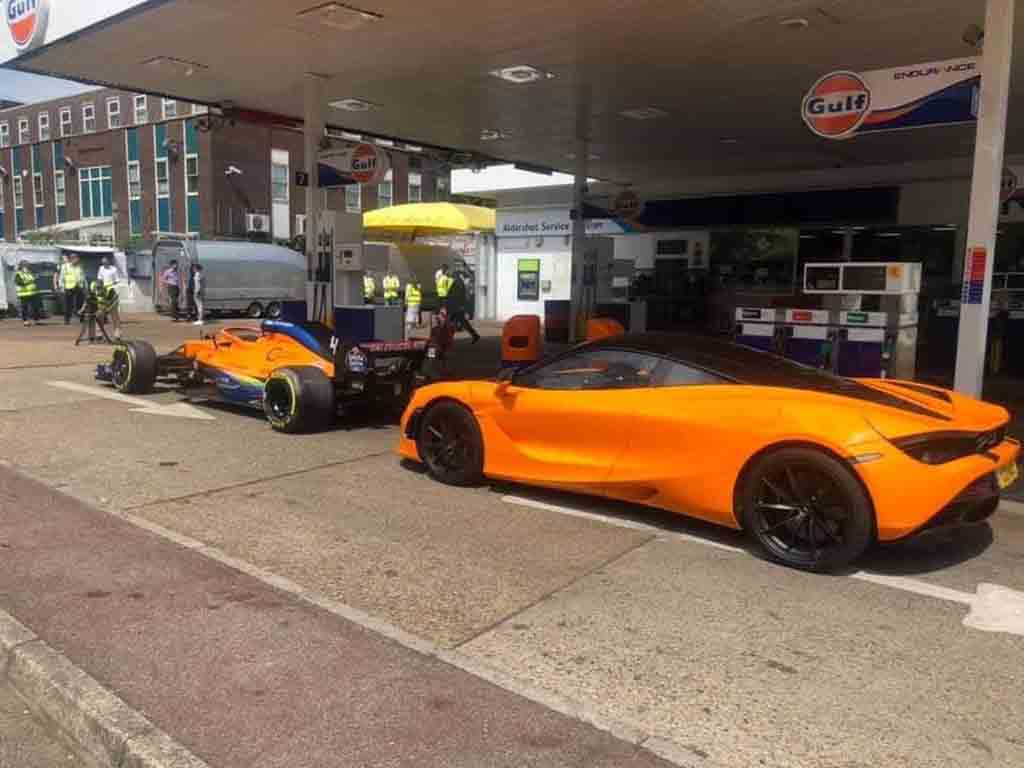 McLaren appear to have rekindled their old sponsorship with Gulf Oil after a series of teaser shots were released on social media.

The Woking team has already traced back to their racing roots by reintroducing the striking papaya orange back to their livery scheme and they now look like they are ready to hit us with another big dose of nostalgia with a Gulf Oil partnership.

Lando Norris’ McLaren car was spotted at a Gulf Oil garage where a promotional shoot was taking place and images made their way onto social media.

The McLaren F1 Twitter account tweeted an image from the event with the caption ‘Coming Soon’ before eventually deleting it.

The Gulf Oil logo can be seen on the rear left of the car.

The relationship itself goes all the way back to the 1960s when Gulf Oil first sponsored McLaren both in Formula 1 and in the Can-Am Championship. Gulf Oil would go on to reach icon status with victories at the Le Mans 24 Hours.

McLaren has been missing a fuel and oil supplier sponsorship since their deal with Brazilian company Petrobras ended late last season.

McLaren’s chief executive officer, Zak Brown said back in November: “We would like to thank Petrobras for their partnership and support.

“We have great respect for their technical and scientific capabilities, and there is no doubt the company’s technicians have made substantial progress in the time we have been working together.

“We wish everyone at Petrobras every success and hope to see them back in the sport again in the future.”

Brown promised at the end of the 2019 season that new sponsors would be arriving at McLaren during the 2020 campaign.